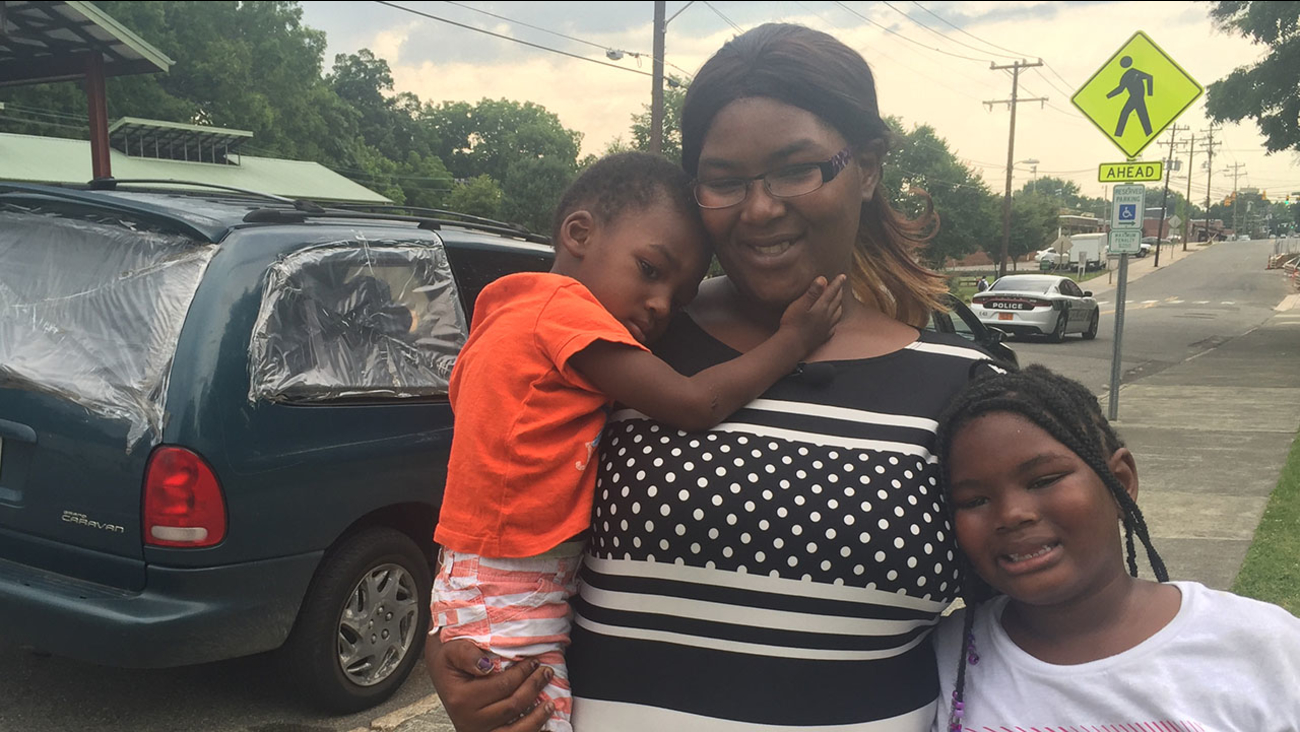 Yolanda Hodge with her two children. They're asking for help to fix their minivan after it was hit by stray bullets. (Stephanie Lopez)

ABC11 Together highlights the strength of the human spirit, good deeds, community needs, and how our viewers can help
WTVD
DURHAM (WTVD) -- Yolanda Hodge is a mother of a 2-year-old and 6-year-old and she uses her 2000 Dodge Caravan to take her children back and forth to school, doctor's appointments and wherever else they need to go.

Donate to her GoFundMe page here.

Hodge said she is asking for help from the community to fix her minivan after several stray bullets from neighborhood drive-by shootings took out several windows and a headlight.

"I just bought my van in February and I stay at McDougal Terrace," Hodge said. "It's been a whole lot of shootings and the first shooting, it took three of my windows and riddled my car with bullet holes.

"The second shooting, it put a hole through my windshield and shot my right headlight out, so it's been a whole lot going on and I'm trying to get help to fix it because me and my family, we need this."

Hodge has plastic sheets covering up two of the spots where windows should be and there's still fractured glass in some of the panes. She said she had insurance but that it doesn't cover the charges, and what's worse is that she's looking for a job - and actually had to turn down an offer because of her transportation situation.

"I actually got a job offer in Cary, at Xerox and it'd be kind of hard to get back and forth, you know with the car like that, you never know when the window might go in ... it's really dangerous, but I'm praying, I'm praying," Hodge said.

She said she's been doing a lot of praying lately, and that it's her faith that's keeping her strong.

"That's like the most important thing to me in my life." 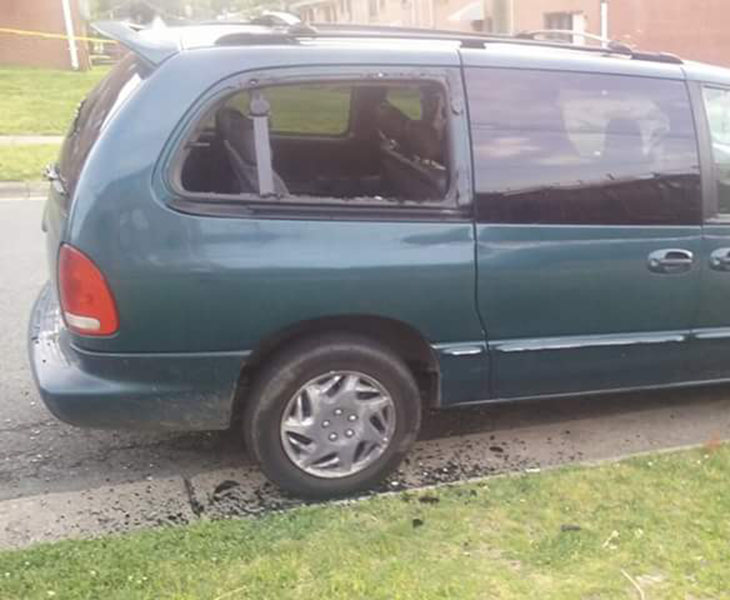 "Anything happens, I pray," she said. "I was brought up that way and still going into church that way, to pray."

"I'm praying on this Food Lion job that I just called on, on Hillsborough Road," Hodge said.

"They sound pretty interested so I'm going to keep praying on that and hopefully I hear back from them (soon)."

Hodge is also praying for her neighborhood.

"I see that the new police chief she was out there Thursday with the police officers, and some undercovers, and some church folks, they were out there walking around today, I guess, I'm praying, to make some changes because we really do need some change in McDougal Terrace," Hodge said.

WATCH: Yolanda Hodge describes why she appreciates any help to get her car fixed.
EMBED More News Videos

Yolando Hodge on the state of her van.

"The police, they, they ride around but as soon as they turn the corner, that's when stuff happens, it happens just like that," Hodge said.

"I just pray for the children because they're all running and ducking and hitting the ground," she added. "It's getting real scary and it's getting real close to home. I'm really just trying to help get this car right, so I can find somewhere for my children to go because it's getting real dangerous out there."

"I want people to understand that this isn't no joke. You can see the car. I'm really, really, really praying, needing help to get my car fixed and back on the road like it's supposed to," Hodge said.

Her goal is to raise $1,200 to fix her car and said any donation, no matter how small, helps.

"I want to say that I appreciate anyone that will help and I appreciate people that won't help. I'm just asking those that will help, anything, anything matters, little things, big things, it really doesn't matter, just to help me get the car back on the road so me and my children can ride safely." 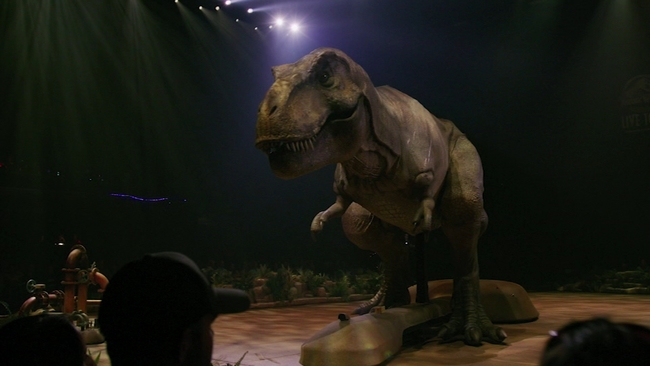 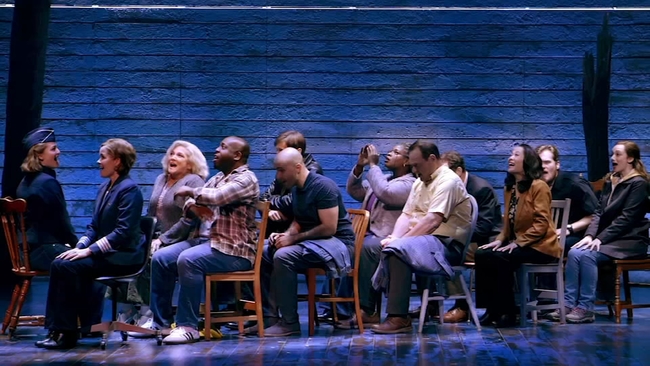 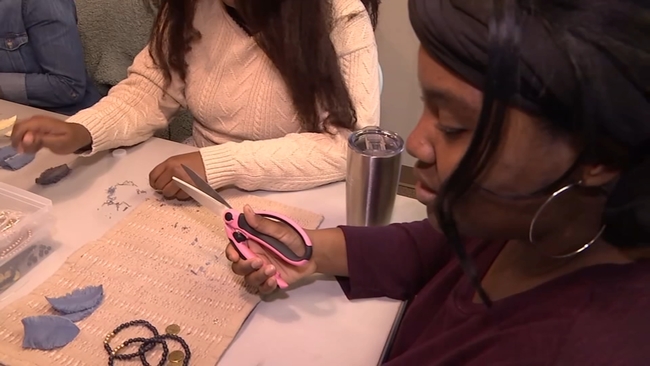 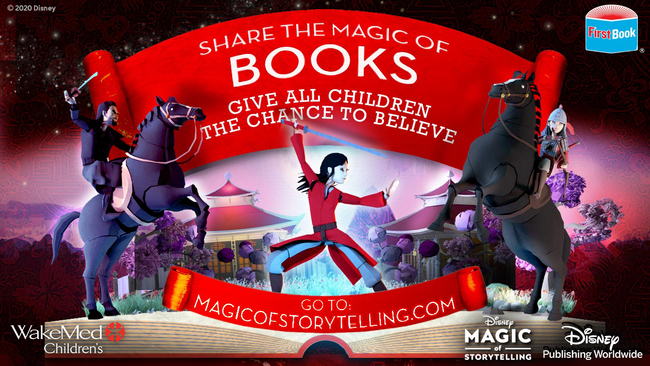