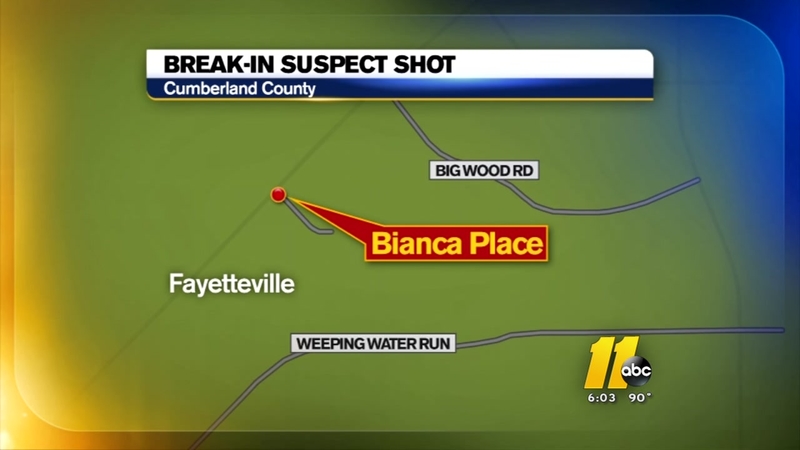 According to authorities, the shooting happened in the 6800 block of Bianca Place. The resident, 25-year-old Chris Hartley, shot a suspect who was breaking into the residence.

Police said the unidentified suspect was taken to Cape Fear Valley Medical Center with non-life threatening injuries, but a woman claiming to be the suspect's mother called ABC11 saying he was almost dead. She said Hartley shot her son's hand completely off and then at close range in the back.

The 19-year old suspect's mother said she is concerned about North Carolina's "Castle Law" which gives special protections to people defending themselves. "I know what my son did was wrong," she told ABC11, "but he was barely alive when he got to the hospital. His hand had to be amputated and he was shot in the back."

FPD detectives are actively investigating the burglary and shooting and are requesting anyone with information about this case to contact them. Additional information will be released as it becomes available.