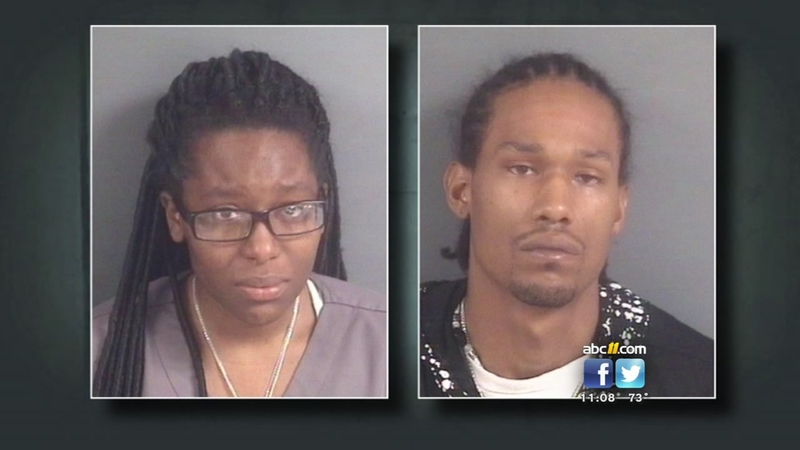 FAYETTEVILLE, North Carolina (WTVD) -- Fayetteville Police announced the arrests of a man and a woman in connection with the January death of an infant.

Brianna Nelson, 26 and Joshua Gonzalez, 25, identified as the parents of the 6-month-old girl, were arrested Wednesday and were processed at the Cumberland County Detention Center.

Both have been released on $50,000 unsecured bond and are scheduled for a first court appearance Thursday.

On January 29, police responded to a report of an unresponsive child in the 900 block of Pedro Drive near the Bragg Boulevard corridor.

The child's body was sent to the Office of the Chief Medical Examiner to determine a cause of death.

This past week, the medical examiner's office told police the baby died as a result of starvation and dehydration.

As a result, Nelson and Gonzalez have been charged with involuntary manslaughter.

Anyone with information concerning this investigation is asked to contact Detective W. Lee with the Fayetteville Police Department at (910) 973-3638 or Crimestoppers at (910) 483-TIPS (8477).