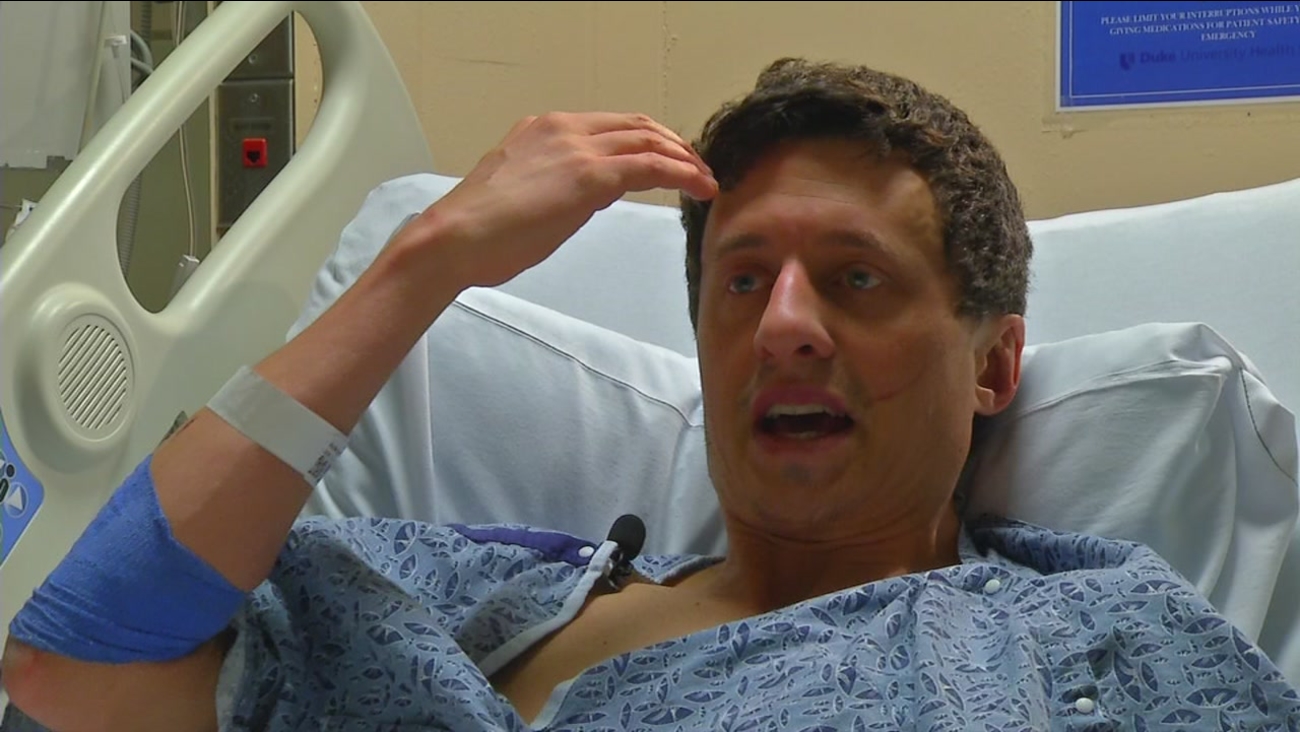 DURHAM (WTVD) -- The man stabbed in a Brightleaf Square parking lot downtown is recovering. The 33-year-old was cheering on the Tar Heels at a popular bar and restaurant when he was assaulted Sunday night.

Douglas Anderson said he was just walking back to his car to grab his cell phone when he was attacked from behind. Now, he's recovering after one of his lungs collapsed.

"This is a lot that I've parked in more times than I can count, so I had never run into trouble there before, I didn't have any reason to think that there would be any trouble this time," Anderson said.

"Just as I got to my car -- boom -- somebody hit me from behind, slammed me up against the car," Anderson said.

MAN TAKEN TO HOSPITAL AFTER STABBING IN DURHAM

"At first I thought it was like one of my friends, you know, being silly, and just kind of goofing around, but then when I was spun around. I see he's got his arm like on my neck, and a knife at my side, and he just says 'give me your wallet' ".

"I tried to scramble to my feet, and it was as I was scrambling that he kind of came up on top of me from behind and brought the knife down twice," Anderson said. "The larger one punctured my left lung, but I managed to keep running - I guess completely fueled by adrenaline.

"Once I saw I was bleeding so badly, and I could not take a deep breath then I kind of started to panic a little bit," he recounted.

One of the jabs landed right in between two of his ribs, puncturing his lung. The tube sticking out of his left side, draining fluid from his lung is set to be removed Wednesday. Anderson expects to leave the hospital and go home Wednesday night.

He has a message for the person who stabbed him.

"It's not worth it, like you don't want to have a human life on your hands and be dealing with that for the rest of your life over a few bucks," he said. "I mean, there are all kinds of resources in this community for people that are desperate."