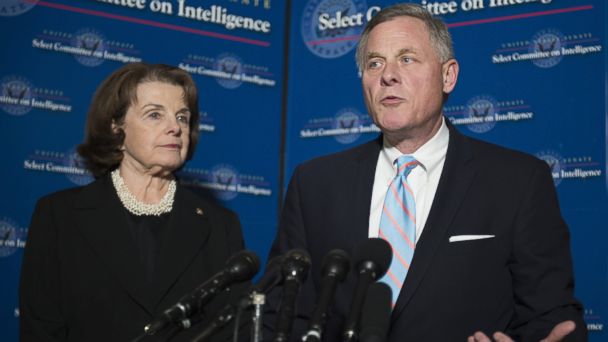 The terrorist attacks in Paris, which left 130 dead, have reignited a Congressional debate over how much information the government should be able to access from citizens -- and how to balance national security concerns with individual freedoms.

Some members of Congress are calling for the government to continue a program that collects vast amount of phone data that is set to expire shortly, and others are saying the problem is the existence of smartphone applications and other consumer technology that allows people to carry out conversations that can go completely undetected.

Unless Congress acts, the National Security Agency program that allows the government to collect Americans' phone records in bulk is set to expire on Dec. 1.

Sen. Tom Cotton and a growing number of co-sponsors are now calling for the delay of that program's expiration until at least the end of January 2017.

"Now is not the time to sacrifice our national security for political talking points. We should allow the Intelligence Community to do their job and provide them with the tools they need to keep us safe," Cotton said in a statement last week.

But given the program's looming expiration date, the Senate is not likely to have a chance to vote on his bill. The Senate returns to work on the afternoon of Monday, Nov. 30 -- just hours before the program expires.

"The timeline isn't ideal but it seems likely the NSA would be able to turn the bulk collection system back on if it was permitted to after a period of dormancy," Cotton spokeswoman Caroline Rabbitt told ABC.

So far the list of co-sponsors does not include any Democrats.

There is bipartisan support, however, for changes to the burgeoning industry of encryption applications that are marketed to users looking for ways to avoid government surveillance. These readily available apps are believed to be increasingly co-opted by terrorists who use them to shield their communications from government eyes.

"It is likely that end-to-end encryption was used to communication between those individuals in Belgium, in France, and in Syria," Burr, the Intelligence Committee chairman, said last week after a classified briefing on the Paris attacks.

"It's a black Web and there's no way of piercing it," added the committee's top Democrat, Dianne Feinstein, over the weekend.

She said technology companies, many of which are located in her home state of California, must be open to changing their products so that the government can access communications from suspicious users -- what FBI chief James Comey has referred to as a "back door."

"I am hopeful that the companies, most of whom are my constituents -- not most, but many -- will understand what we're facing," she said, adding that she envisions such surveillance requiring a court order - a nod to the difficult balance lawmakers face between ensuring civil liberties and protecting national security.