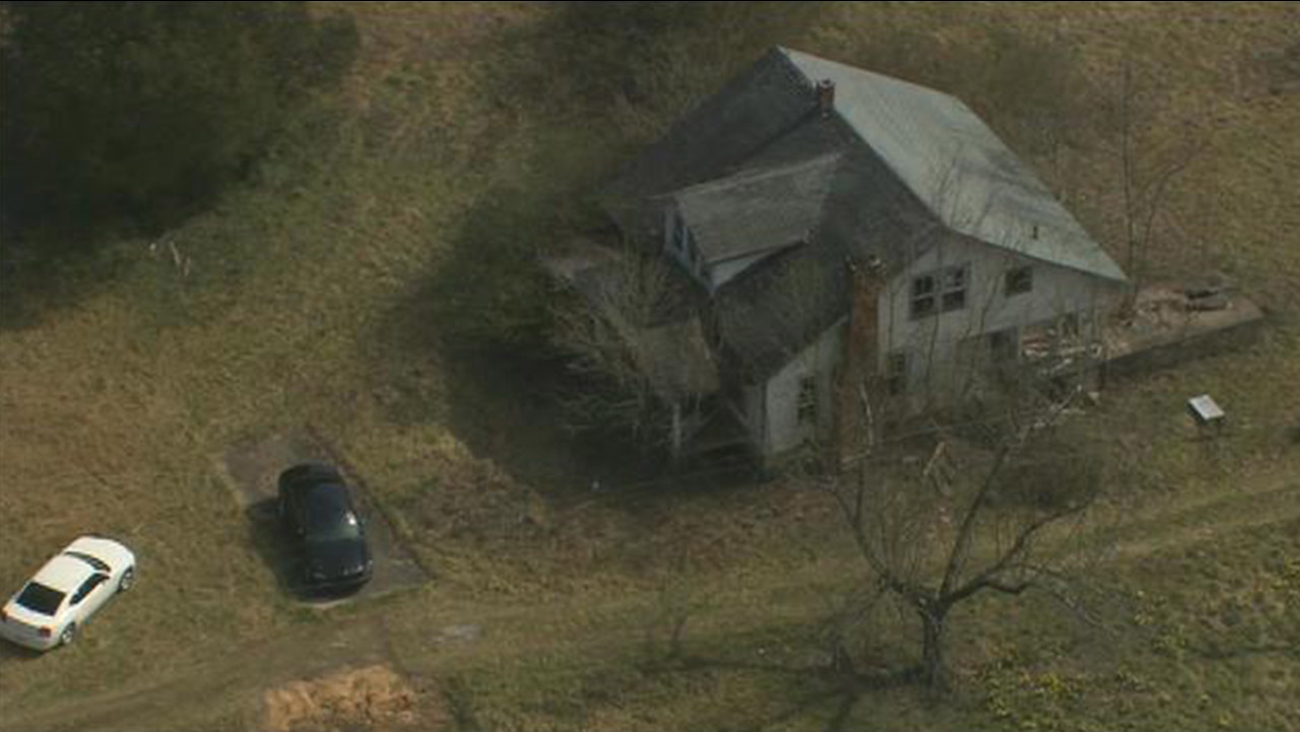 A chopper image of the site where the body was being buried. (WSOC Chopper)

ALEXANDER COUNTY, NC (WTVD) -- A man and a woman are in custody after an Alexander County sheriff's deputy found two people trying to dispose of a body behind an abandoned house in the Ellendale community, officials said.

Authorities aren't sure whether other people are involved.

According to wsoctv.com, investigators said the car driven by the two suspects got stuck. That's when somebody driving by noticed them and called police.

One of the men, Tony Hearne spoke to wsoctv.com:

"We brought him up here. I just panicked to hide him. I didn't know what to do," Tony Hearne said.

Tony Hearne told Channel 9's Dave Faherty that he isn't a killer and was only defending himself when he choked his uncle Tico Hearne to death.

"I never wanted to fight my uncle but he came in and came at me with his knife. So we were fighting and I tried to defend myself. He was choking me and I was choking him," Tony Hearne said.

Hearne told the TV station he is from Albemarle and said he had never been to the abandoned home in Alexander County west of Taylorsville.

Deputies said Hearne and Linsey Lentz were trying to dispose of the body.

"The officer found what appeared to be drag marks in the leaves and went to the end of it and found a black male deceased," Alexander County Sheriff Chris Bowman said.

Deputies said the body was covered with leaves and a couple of tires along with some wood.

Read more on the case from wsoctv.com here.