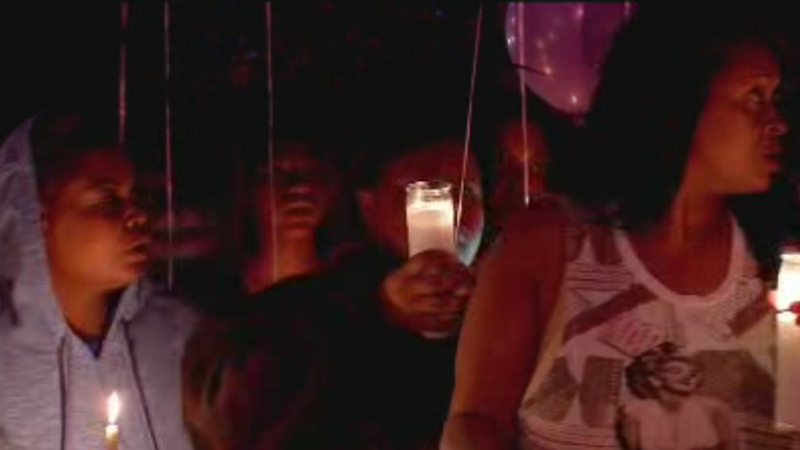 HOUSTON -- Not long after a vigil began Sunday evening in the spot where a 13-year-old girl had been killed in a drive-by shooting the night before, shots were fired again. It went from mourning to screams in a matter of moments.

The vigil in the 12500 block of Ashford River in southeast Houston was to remember Kennice Smith. She, along with two friends, were planning to go to the movies Saturday night when a grey sedan drove by and someone inside starting shooting. Smith was hit twice and died. Another 13-year-old girl was grazed and a 17-year-old male was shot in the foot.

The families believe it may have been because of a recent romantic breakup involving the oldest teenager, which had nothing to do with Kennice. She became collateral damage, with tragic consequences.

"Guns are everywhere. You don't do things like that when you have a gun. They're supposed to be to protect yourself," said Warniaka Wilhike, a close friend of the family.

During the vigil Sunday night, balloons were released in the driveway of the home where Smith was shot. People sang and prayers were offered. More than a hundred people were in attendance. And then, less than an hour after it began, the sound of 3 shots from a pistol, possibly a .38 rang, out.

People ran for cover, including our news crew. Police arrived, but no one was immediately taken into custody.