Trump Says He Does Not Owe McCain Apology 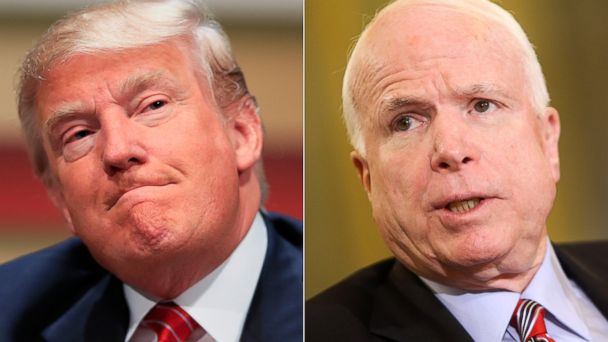 Republican presidential candidate Donald Trump said he does not owe John McCain an apology for saying the Arizona senator is only a war hero "because he was captured."

"He's a war hero because he was captured," Trump said of McCain Saturday while at a campaign event in Iowa. "I like people who weren't captured."

Before Trump's comments, McCain had referred to those who attended a campaign event for the real estate mogul as "crazies."

Trump has come under criticism from numerous fellow 2016 candidates on both sides of aisle. Hillary Clinton called the attack on McCain "shameful." Former Texas Gov. Rick Perry said the comments by Trump made him unfit to be president and said the reality TV star should withdraw from the race.

Later Saturday, Trump released a statement that read, in part, "I am not a fan of John McCain because he has done so little for our Veterans."