Two Freed From Plane After Crash in Woods 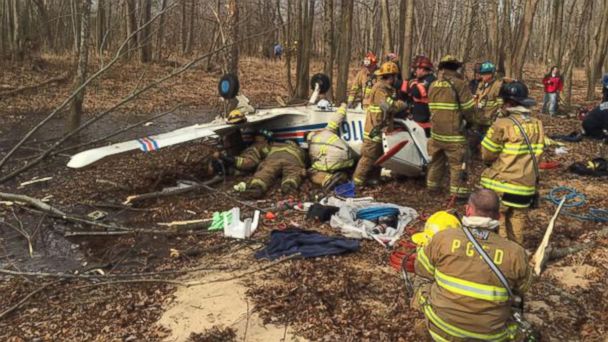 Two men were freed from the wreckage of their small plane today after in crashed in the woods in eastern Maryland shortly after takeoff, officials said.

Both men were said to be conscious and alert after the crash, which occurred near Tipton Airport near Fort Meade, Maryland, Anne Arundel County Fire Department spokesman Capt. Russ Davies said.

Maryland State Police identified the two as Thomas Cline, 82, of Silver Spring and Jeff Barnett, 57, of Glen Burnie. They were the only people onboard the plane.

Fire, police and rescue personnel responding to a report of a crash shortly after 2 p.m. found a single-engine plane upside-down in a wooded area, a few hundred yards from the airstrip at Tipton Airport.

Federal aviation officials had been notified of the crash, the Maryland State Police said.