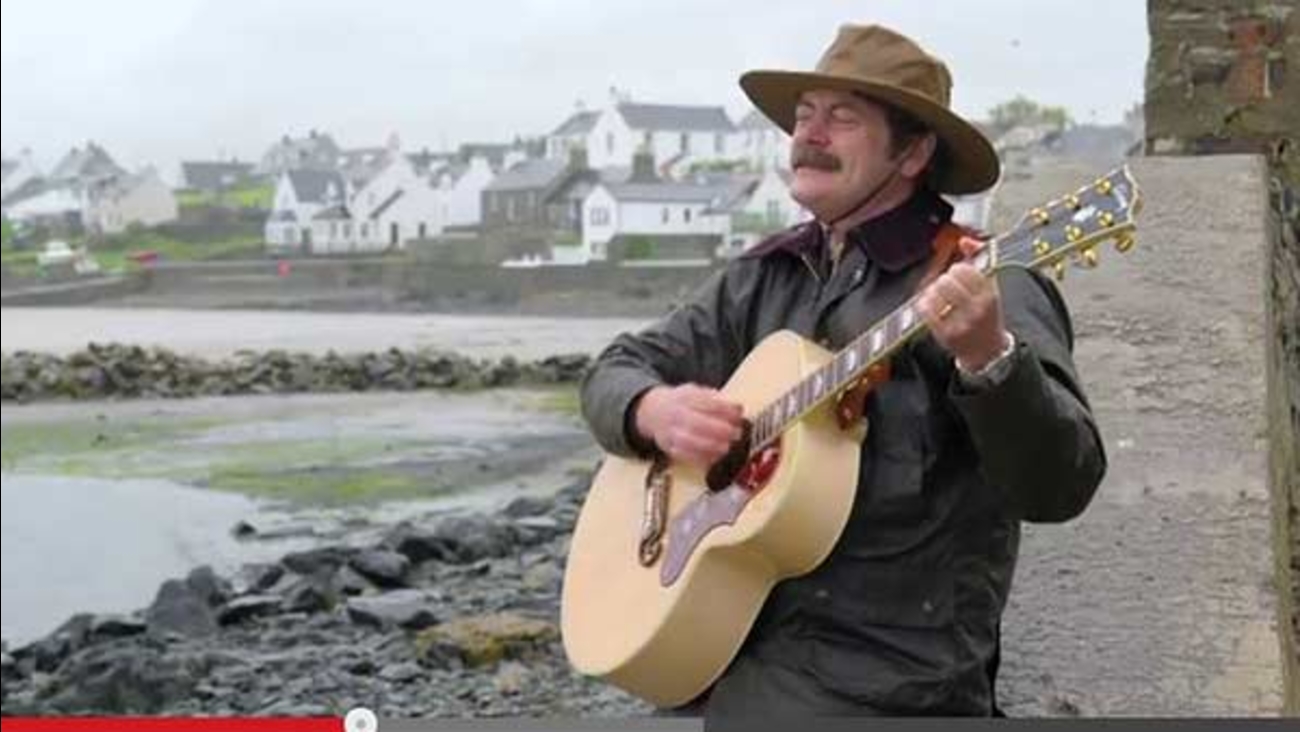 The "Parks and Recreation" star, who graduated from the University of Illinois and came up through the Chicago theatre scene, plays a guitar and sips on scotch whisky as he sings about all the things he can't do while drinking said whisky - including playing guitar, woodworking, and horseback riding.

The My Tales of Whisky YouTube channel from the Scotland distillery, currently only features two videos.

The channel promises the song is just the beginning.

"The storylines range from an epic transcontinental journey in which Offerman proves his love and knowledge of scotch, to a mockumentary on how Oban scotch gets made by the most gorgeous people on earth. There's even a helpful rhyme on responsible drinking," the channel's summary explains.

Offerman, 44, who grew up in southwest suburban Minooka, has starred in NBC's comedy "Parks and Recreation" since 2009 playing boss Ron Swanson. He's been married to "Will and Grace" star Megan Mullally since 2003.