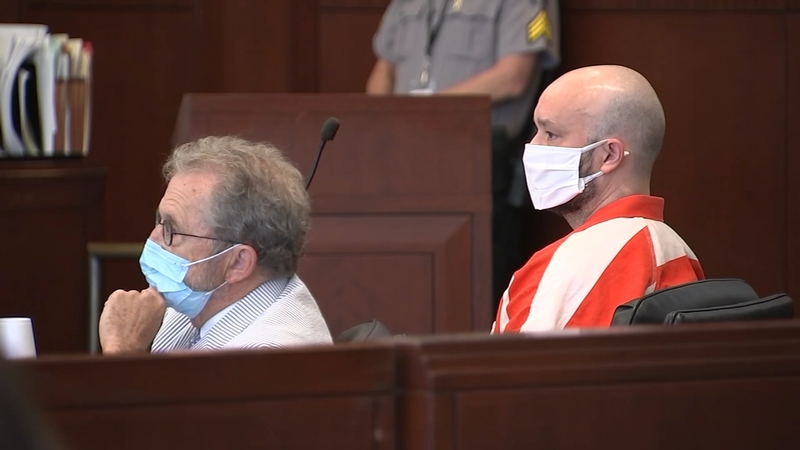 RALEIGH (WTVD) -- A former Raleigh teacher pleaded guilty on Friday to a number of charges including statutory rape and will now spend a minimum of 17 years in prison.

In court, his victims had the courage to face him.

"You absolutely terrify me. I've realized I have no idea who you are. I probably never did," one of the victims, who is now an adult, said on the stand.

Nicholas Smith, a Montessori School of Raleigh teacher, listened as she explained her hurt and devastation. The two had a sexual relationship that started when she was just 13 years old. The alleged offenses happened between August of 2011 and June of 2012.

"When you said I was the only one you had done this with I believed you. So much so I left my sisters in harms way," she said.

Her sister was groped by Smith on a school field trip and in court she spoke directly to him.

"You destructed parts of me that will never be able to fully heal," she said.

The teacher, who was arrested in November of 2017, pleaded guilty to a number of charges including statutory rape.

Smith taught at the school for 12 years and was the math director at the middle and upper school.

Smith cried as he read a written apology to his victims.

"I'm so sorry that I caused you two so much suffering. From the bottom of my heart, I'm sorry," Smith said.

Because Smith took a plea deal, he will serve a minimum sentence of 20 years with credit for the 3 years he's already spent in prison.

"This family over here has showed you mercy because if it weren't for them you would spend the rest of your life behind bars," said Judge Graham Shirley.