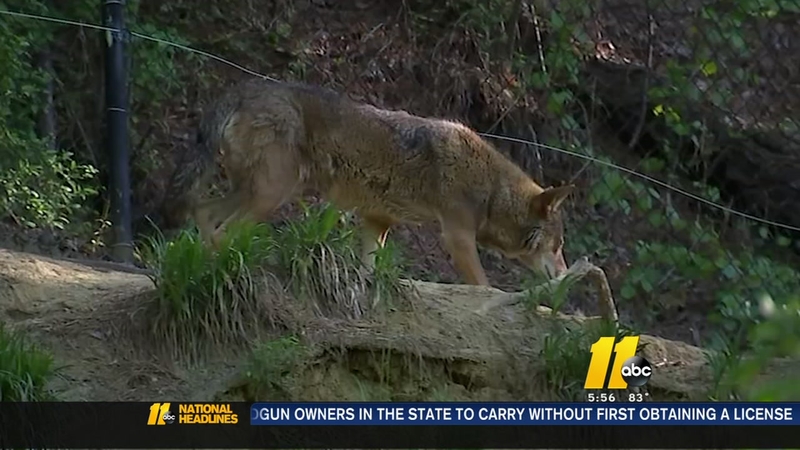 DURHAM, N.C. (WTVD) -- As the population of the red wolf dwindles, the North Carolina Museum of Life and Science works as one of five captivity breeding programs in the state to restore the endangered animal.

In late April, the program welcomed three puppies to the Wolfpack.

A few days later, one of those puppies died. A necropsy is underway to have a better understanding of why the puppy died.

The puppies are currently viewable through a screen attached a camera that is situated inside of their den.

Inside the den, the pups are guarded by their mother.

The three pups are among around 250 red wolves in the world.

Currently, it's thought that fewer than 40 red wolves roam wild. "The only place on the entire planet where the red wolf roams free right now is North Carolina," said Sherry Samuels, Animal Director at the museum.