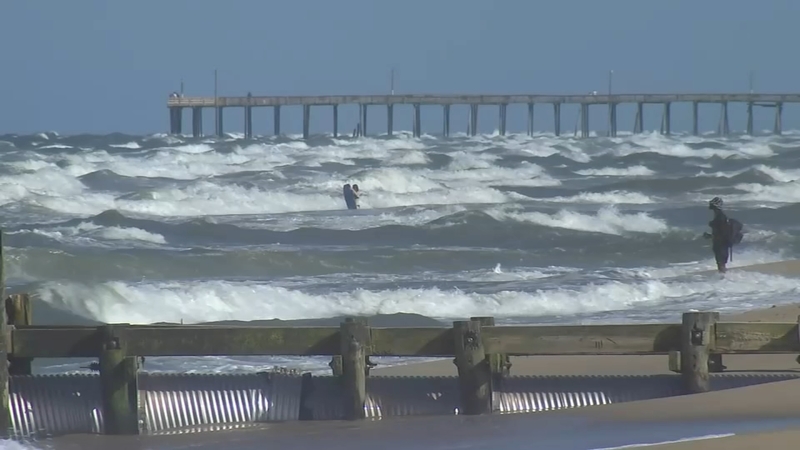 NAGS HEAD, N.C. (WTVD) -- Tropical Storm Alex did not ruin vacation plans along the North Carolina Outer Banks, but the aggressive wind and water kept some people from enjoying the beach.

Except a group of friends from Fayetteville.

"I love the Outer Banks it's great out here," said Alex Perez.

Tropical Strom Alex's minor impacts to our coast didn't keep Perez and his two friends from enjoying their senior trip in Nags Head. In fact, it's provided a bit of humor.

"They named a storm after you. That's fantastic. I love it," Perez said. "I also love my time with them."

Their fun in the sun Sunday came with a rip current risk because of Tropical Storm Alex's powerful churn out at sea.
According to a lifeguard, they rescued a boy caught in a rip current this afternoon.

"Really rough out there. And that's not the worse part. It's cold," said Jackson Harris of Fayetteville.

Robert James from Elizabeth City tells ABC11 he stayed out of the water. And so did Maria Peirano and her twin daughters. The family choosing a day at the pool.

The rip current risk was more severe about 30 minutes south of Nags Head in the Rodanthe and Pea Island area.