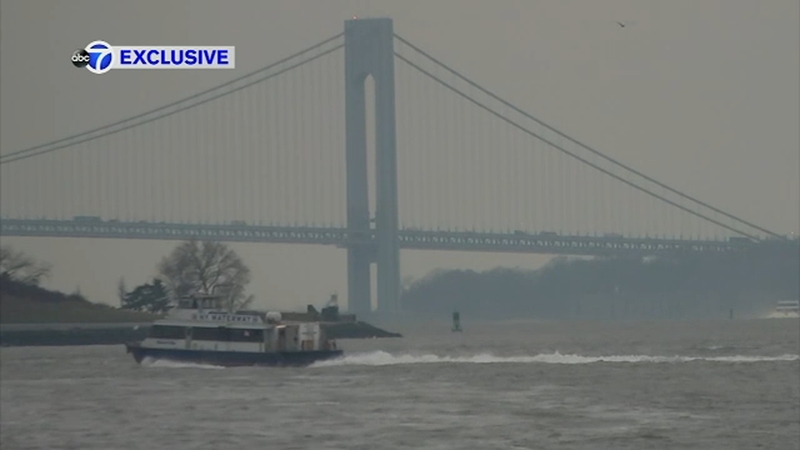 NEW YORK -- Wind, rough waters and an engine malfunction made for a terrifying commute home for more than 100 passengers on a New Jersey-bound ferry last Friday.

There was already a high wind warning in effect when the NY Waterway boat left the World Financial Center stop at 4:45 p.m. to make its way to Belford, New Jersey, last week.

Jennifer Lopes, a passenger on the boat, said there were 149 passengers, including a toddler, on board when wind gusts up to 65 mph hit.

Passengers were told due to an engine malfunction, the trip would be longer than expected.

"One communication early on that we've lost an engine," passenger Michael Scarpa said. "The boat was moving a lot slower. It wasn't able to ride the waves, if you will."

The trip normally takes 50 minutes to complete, but because the boat had little power to move through the current, Lopes says the boat was violently tossed for about 45 minutes and the overall commute lasted two hours.

As the boat continued across the waters and past the Verrazzano Bridge, video shows waves ripping through the doors, causing flooding throughout the boat.

"By the time we got out under the bridge the waves were coming over the front of the boat," Scarpa said. "The nose of the boat was riding up, and then water started shooting through the front doors."

Some commuters panicked that the boat was going to capsize, while others became physically sick. Lopes said passengers were paralyzed in fear.

Lopes said the captain did not make any announcement to let passengers know they would be safe or that they should have braced for rough seas ahead.

She said she has since contacted the Coast Guard to discuss safety precautions and possible inspections that should be taken, because she isn't sure if there are safety requirements in place for commuter ferries.

"I find that to be completely nerve-wracking considering the experience I went through on Friday," she said. "There are no standards, nobody to answer to. I'm assuming once a boat does actually capsize due to improper handling and malfunctioning, that's when something will be done."

"We regret the inconvenience to our passengers. At no time were the customers in any danger. The boat operated within safe parameters, under control of a captain with 15 years experience on this route."