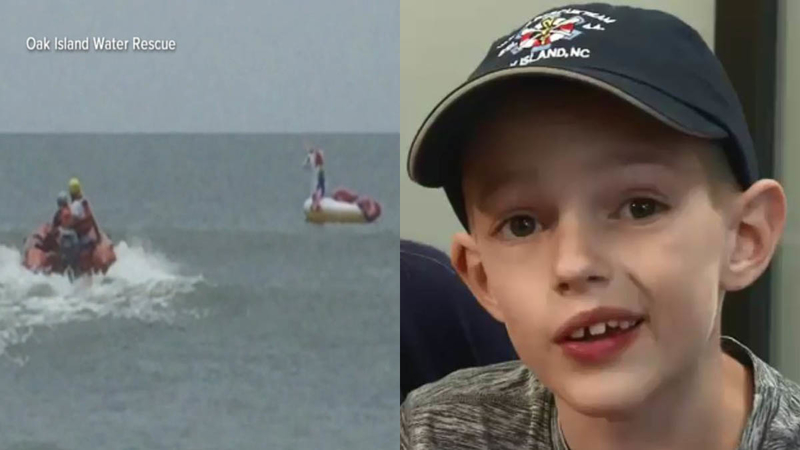 A little boy was rescued after being swept out to sea on a unicorn raft in Oak Island, N.C.

It was just another day at the beach for the Ohio family until 8-year-old Declan started to float out to sea in an inflatable unicorn raft.

Declan's father, Don O'Connor, noticed him drifting farther and farther out into the water and immediately sprang into action.

"As soon as we saw him moving away we went after him," said Don O'Connor. "We weren't making ground, we were moving away faster but his mom called 911 right away."

In the mom's frantic 911 call, you can hear her say, "He doesn't have a life jacket on! He doesn't, he doesn't really know how to swim."

Before officials could even get to the scene, a team of Oak Island rescue volunteers were headed out to bring the young boy back to shore.

In the video, you can see the rescue team reaching Declan in the raft and returning him safely to his parents on the beach.

"That was the best feeling I could ever imagine," said Jill O'Connor.