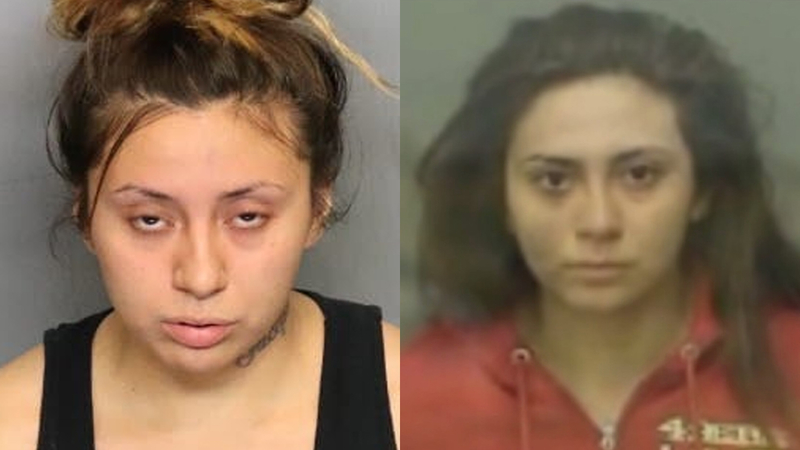 FRESNO, Calif. -- The woman who went to prison after live-streaming a crash that killed her sister in Merced County has been arrested again, this time in Stockton.

Sanchez was first arrested in July of 2017 after streaming a horrific video live on Instagram before, during, and after the crash that killed her 14-year-old sister, Jacquelin, and injured another girl near Los Banos.

Sanchez was driving under the influence and kept filming the gruesome scene where her sister was ejected.

In February of 2018, a judge sentenced Sanchez to more than six years in prison, but she was released early on parole on September 21 after earning credit for time served and completing rehabilitative programs.

Now the 20-year-old is back in custody after Stockton Police say she led them on a pursuit early Thursday morning.

Stockton Police Officer Joe Silva says, "Our officers tried to pull over a vehicle on Rose Marie Lane, and the driver would not pull over. And the reason why we were trying to pull her over was because of some traffic violations that she committed."

Investigators say Sanchez blew through two stop signs and a red light in a Buick LaCrosse before running off the road while heading up an on-ramp to Interstate 5 at Marie Lane.

Silva says, "A male passenger exited her vehicle and ran up onto Interstate 5, and he made good his escape, but our officers were able to get to the vehicle and arrest Ms. Sanchez, who was the driver."

Police tell Action News Sanchez was driving on a revoked license, and her registration tags were expired. They also found a loaded gun in the car.

Silva adds, "That is alarming to us because any time you have someone who is evading police, and when we arrest that person and locate a loaded firearm inside the vehicle, we don't know what their intentions were."