'The legal test:' Early analysis of eyewitness video from RPD shooting on I-440 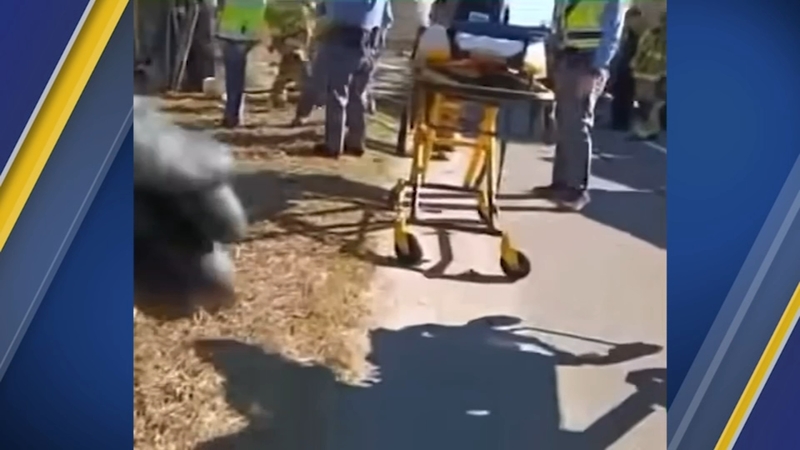 'The legal test': Early analysis of video from !-440 crash, shooting

RALEIGH, N.C. (WTVD) -- The brief eyewitness video provides an incomplete picture of what happened near Exit 12 of the Raleigh Beltline on Tuesday. But ABC11 sought early analysis of those 21 seconds captured on video from one of the Triangle's most-respected civil rights lawyers.

"The beginning of this (incident) has to do with whether there was probable cause to arrest. And then whether the officer had a reasonable belief that his life was in jeopardy," said North Carolina Central Law Professor and NC NAACP attorney Irv Joyner.

Raleigh Police said multiple 911 callers alerted them that the man involved in the crash and subsequent officer-involved shooting was a drunk driver. That would be probable cause for an arrest.

"Then the officers could use force," Joyner said. "Then the next question is whether they could use fatal force."

The split-seconds decisions caught on tape start with de-escalation techniques.

"Officers continued to give commands to drop the knife. And when the subject refused, a Taser was deployed," Raleigh Police Chief Stella Patterson told reporters at a Tuesday evening news conference.

An eyewitness on the Raleigh beltline captured the moment RPD fired on a suspected drunk driver. We’ll walk through it with criminal justice professor Irv Joyner at 11

“The legal test is not what could have happened. But whether the officer was justified in doing what he did.” pic.twitter.com/DLDcR5ypNs

One eyewitness at the scene wondered whether the man could comprehend what the English-speaking officers were saying.

"The guy was acting extremely out of control," said Steve Valerio who watched the frightening scene play out. "They were telling him to put the knife down, and I understand the language barrier was there, but my uncle was there saying, 'Hey primo, put the knife down. It's not worth it. Sit down and relax."

Joyner added, "That is a factor. The language problem is a factor that will have to be looked into and evaluated."

At the news conference, Patterson was asked about the possibility of a language barrier.

"It is unknown at this time. But just preliminary from what we can tell, the individual did seem to understand what officers were saying," she said.

Much of the investigation will center on what happened before the eyewitness tape starts rolling. And the chaotic moments after officers used a Taser on the man. Five officers surrounded him while he was stunned on the ground. But the man quickly gets up with what police said was a knife. Then, an officer chooses to fire.

"Most officers carry Tasers with them, and they could have tased him again," Joyner speculated. "But that's not the legal test. The legal test is not what could have happened, but whether the officer was justified in doing what he did under the circumstances."