What does it mean that Omicron was designated a COVID 'variant of concern?' 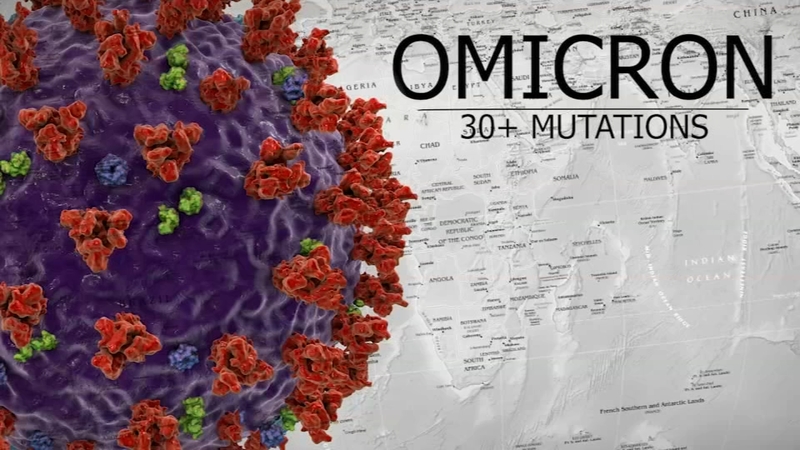 What does it mean that Omicron was designated a 'variant of concern?'

DURHAM, N.C. (WTVD) -- The CDC has listed the Omicron variant as a "Variant of Concern," listing it alongside Delta in its classification system.

Thursday, health officials in Minnesota confirmed a positive case with the Omicron strain, the second instance in the US, and hours later, Colorado officials confirmed a case. Comparatively, the Delta strain accounts for 99.9% of cases in country.

"There are several factors that go into classifying whether or not a new variant is a "variant of interest" or a "variant of concern". A "variant of concern" is one that has properties that we feel might impact how well the vaccines are going to work against it, how well the current therapies, especially the immune therapies, the antibody therapies are going to work against it and whether or not it's a threat to the diagnostic tools that we have," said Dr. David Montefiori, the director of the Laboratory for AIDS Vaccine Research at Duke School of Medicine.

What differentiates Omicron from previous variants, including Delta, is its makeup; it has more than 30 mutations in its spike protein, compared to about 10 in Delta.

"The recognition that there are so many difference in the spike protein, which is the target of the vaccine and which is also the target of one of our frontline treatments is a concern," said Dr. Dirk Dittmer, a virologist with the UNC School of Medicine. However, those mutations do not mean that the vaccine or therapies will be ineffective against the Omicron variant.

Dr. Dittmer is part of a team working with NCDHHS to sequence positive samples, work which can identify mutations or different strains. He believes it's a matter of time before Omicron is found in North Carolina.

At this point, researchers acknowledge they do not know what impact Omicron will have, ranging from transmissibility to severity to reaction to the vaccine.

"It is the number of mutations, and we're not really able to predict what these mutations are doing," said Dittmer.

Mutations in viruses are common, and COVID mutates more slowly than other viruses.

"There are thousands and thousands of variants of this virus circulating in the world. They don't get to be a variant of interest or variant of concern because they stay relatively limited," said Montefiori.

That is in part caused by the global nature of the pandemic, which highlights international efforts to send vaccines to underserved areas.

"The reason we see so much variation is because there are so many infections going on in the world, and every time the virus transmits to another person it's an opportunity for it to change," said Montefiori.

Dittmer believes treatment options like steroids and anti-inflammatories would be unaffected regardless of the strain, as would other precautionary measures.

"If you wear masks or social distance, those physical measures - they don't care what variant the virus is. They will prevent the particles from ever getting into your nose," said Dittmer.