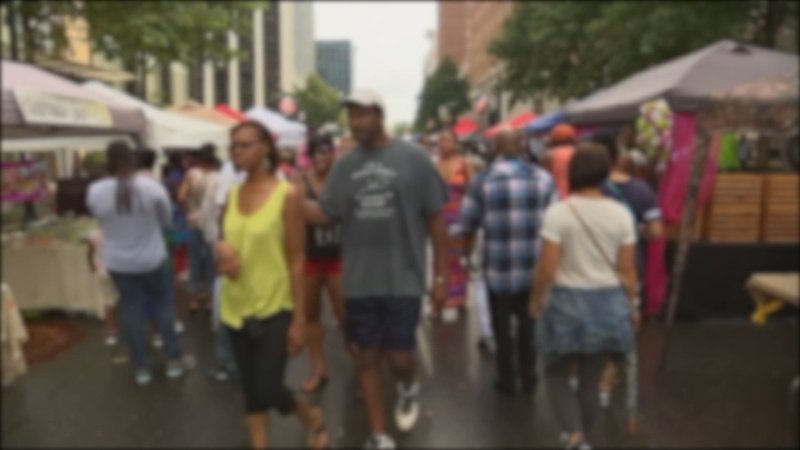 DURHAM, N.C. (WTVD) -- A new economic initiative to improve access to jobs for Black workers is called One Ten.

The group hosted a town hall on Wednesday focused on finding passion in your work and connecting people who don't have a college degree to good-paying jobs.

Durham Mayor Elaine O'Neal spoke on the group's panel, saying the greatest barrier to quality jobs for some in the Bull City is actually getting there.

"We're beginning to make a decision about commuter rail that will connect Raleigh to Durham to Orange County," O'Neal said. "in the meantime, we are taking a closer look at our bus transportation systems."

But One Ten, the group hosting Wednesday's #LetsTalkJobs panel, said the overall challenge is racial disparities in educational achievement and a stunning racial wealth gap.

Black families' net wealth is 10 times less than White families, according to an annual report by One Ten.

The group reports that 76% of Black Americans don't have a four-year degree, compared to 66% of White Americans.

Researchers estimate 71% of jobs with a salary of more than $40,000 require at least a bachelor's degree.

One Ten consists of leaders from Fortune 500 companies with the goal of creating 1 million jobs during 10 years for Black Americans who don't have a four-year degree.

Dr. Henry McKoy is a Professor of Entrepreneurship at NCCU and the founder of the economic development group Hayti Reborn. His organization is assisting with One Ten's efforts.

"We still think education is incredibly important but in this situation, there are so many jobs that could be reclassified," said McKoy. "Most places you go to get jobs, they train you on what they want you to do anyway. What jobs can we reclassify that allow people who don't have four-year degrees to enter into it."

This summer One Ten and Hayti Reborn are planning a job fair.