One Wake walks to polls, advocates for affordable housing in Cary 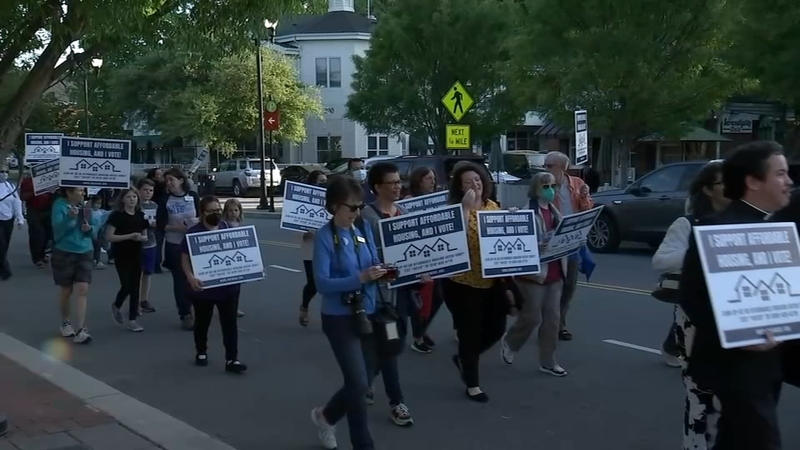 One Wake walks to polls, advocates for affordable housing in Cary

CARY, N.C. (WTVD) -- More than 100 people walked the streets of Cary on the first night of early voting.

The non-profit One Wake organized the march.

They met at First United Methodist Church before walking over to the Herbert Young Community Center.

It was partly to get people out to the polls but also to drum up support for the "Penny for Affordable Housing" Plan.

More than a hundred people walk through the streets of @TownofCary to head to polls on the first day of #earlyvoting and to ask for more affordable housing here in the town #abc11 pic.twitter.com/FWPArlbGif

There is a local housing fund in Cary's budget but organizers say it will dry up because some of the money comes from the American Rescue Plan fund.

"We know that the money is going to run out in two years and we just want to make sure whoever occupies office regardless of party or greed is willing to support this effort for the long haul," said Javier Almendarez-Bautista, the priest at St Paul's Episcopal Church in Cary.

Before the march, people listened to candidates for Cary Town Council to get their affordable housing positions.

"It is a problem all over but right here in Cary is a good place to start," said Toneka Council, who marched through the streets with her aunt Pamela Giles-Manning.

Both held signs that said, "I support affordable housing and I vote."

"We grew up here in Cary," said Pamela

She also spoke about the importance of voting.