6 from Triangle among 28 arrested in Alamance County trafficking sting 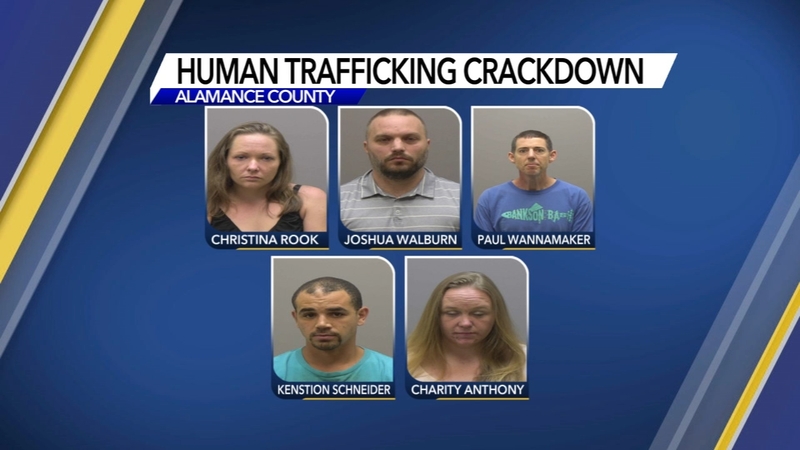 GRAHAM, N.C. (WTVD) -- The Alamance County Sheriff's Office announced a major crackdown Monday on human trafficking and prostitution spanning from the Triad to the Triangle.

The sheriff's office said 28 people were arrested during the three-day "Operation End of Summer," including six with Triangle ties.

"North Carolina is eighth in the nation for human trafficking. We're trying to do everything we can to curb that statistic." Sheriff Terry Johnson said. "We will continue to conduct these operations in Alamance County."

In alphabetical order, those charged were: