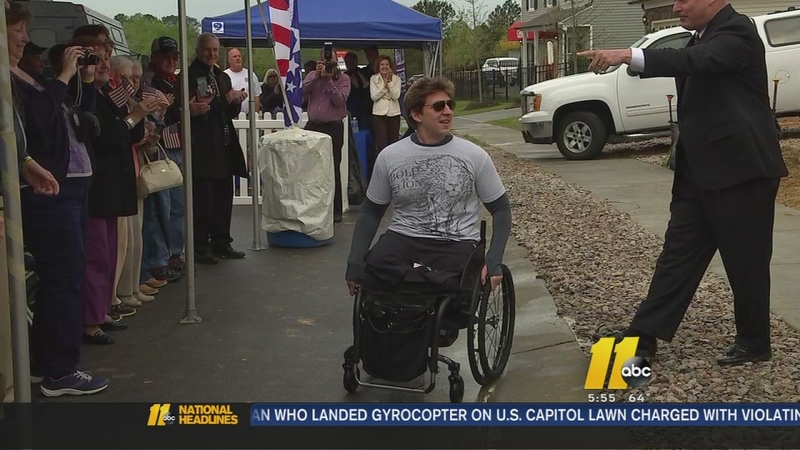 The nonprofit gives them away at no cost to military veterans hurt in combat operations.

"Every piece of the house you see behind us from the concrete to the shingles has been donated," said Andrew Ladner, Exec. Dir. of U.S. Veterans Corps.

"It's awesome! You know, it's a major blessing," said Payne.

The 32-year-old Army veteran lost both his legs and severely injured his left hand in 2011 when an improvised explosive device detonated under him during a combat mission in Afghanistan's Kandahar Province.

He was transferred to Walter Reed Medical Center where he spent a year and a half recovering. After more than 100 surgeries his spirit remains unbreakable.

"It's been a rough road, but I can't thank the American people enough on their dedication to give back to the soldiers and just pay it forward," said Payne.

He is now traveling the country promoting his new book "The Squad Leader's Bargain" and working to overcome his injuries through racing. Payne plans to compete in the wheelchair portion of the Boston Marathon this weekend.

"You just adapt to your limitations and just keep on going," he said.

Payne will get the keys to his new home when it is finished sometime in June.