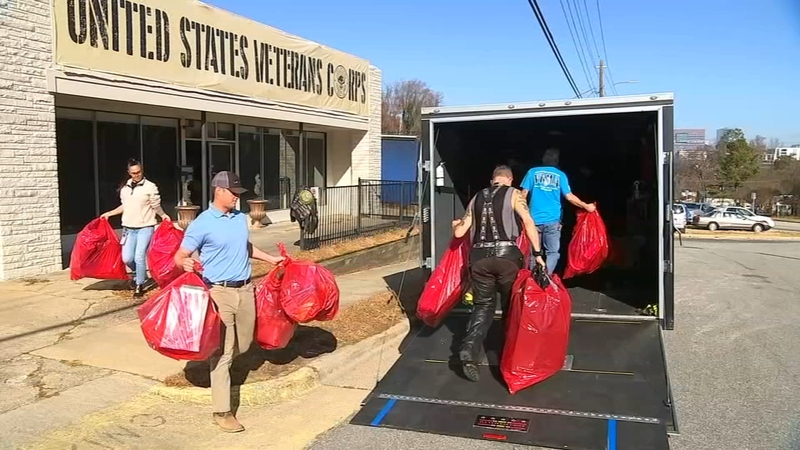 FORT BRAGG, N.C. (WTVD) -- Thousands of toys will be delivered to kids in Hoke County on Saturday in a unique way. The donated toys will be falling from the sky in red sacks via parachutes with teams of parachutists performing demonstrations at Skyfest: Operation Toy Drop.

The toy-dropping tradition began on Fort Bragg and went on for more than 20 years before it came to an end in 2019. Since then, Raleigh-based nonprofit, U.S. Veterans Corps has continued the event which was drive-thru in 2020 because of the pandemic. Following the toy drop, the items are then given to children of military families and first responders on site.

"This toy drop operation just kind of puts the icing on the cake," said Michael Elliott, retired U.S. Army veteran and member of the demonstration and competition parachute team, the Golden Knights.

"Being able to do something, a skill set, that I've gained in the military and still give back to my community and help families and put smiles on kids faces puts this event at the top of the list," said Elliott.