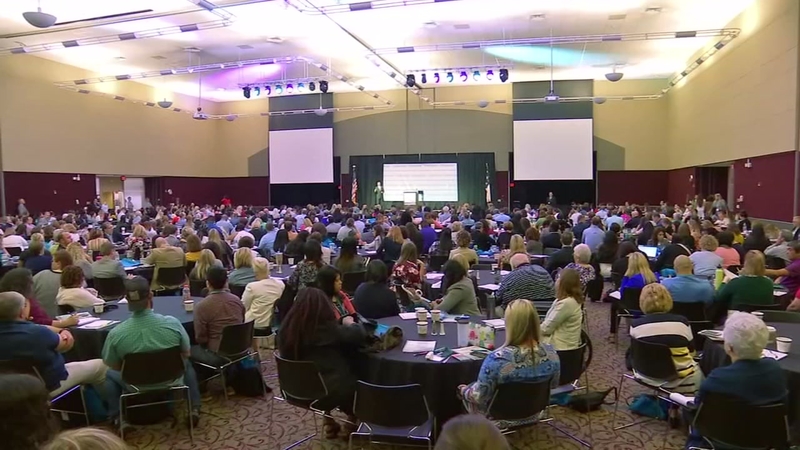 Mandy Cohen, North Carolina Health and Human Services Secretary, said North Carolina is one of the states hardest-hit by the opioid epidemic. More than 13,000 people in the state have died from opioid overdoses since 1999.

Cohen said the opioid epidemic is changing and so is the strategy to fight it. She says it started with prescription drugs. Now there's more fentanyl and heroin.

Though there's more work to be done, she said there have been major accomplishments.

"We've seen the first decline in emergency-room overdose visits for the first time ever in a decade, so it's big, big progress and we're very proud of that," Cohen said. "We're seeing opioid-pill prescriptions go down by about 25 percent. That's huge. But we still have folks who cannot get access to treatment."

Cohen and the governor are pushing for Medicaid expansion.

Joe Marks, of Black Mountain, attended the summit. He said he's been sober for more than 14 years after struggling with alcohol and heroin addiction.

"A friend of mine who I was in a treatment with, it wasn't my first rodeo as they say, rescued me one last time, and he asked me the question, 'How's this working out for you?'" he said. "The answer is, 'Well, it's not.'"

Marks said his addiction could have killed him. Now, he's helping others who are struggling because he knows it made a difference for him.

"There was a light that showed that there was a way out," Marks said. "I guess that point was that feeling of well, there is hope, there is something else."