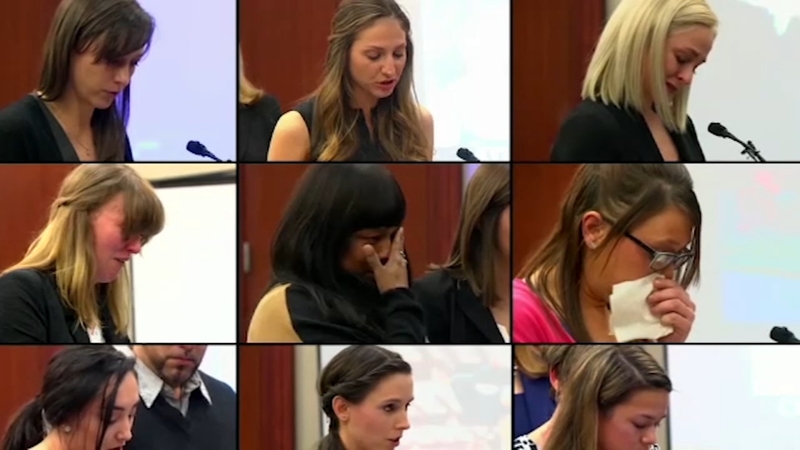 FAYETTEVILLE, N.C. (WTVD) -- U.S. gymnast Simone Biles held back her emotion as she testified before Congress about the FBI's handling of the sexual abuse investigation of USA Gymnastics doctor Larry Nassar, who is serving several decades in prison after more than 150 woman and girls said he sexually abused them.

"To be clear I blame Larry Nassar," said Biles. "And I also blame an entire system...that enabled and perpetrated his abuse."

The four star gymnasts who testified included Biles, McKayla Maroney, Maggie Nichols and Aly Raisman. They criticized the FBI along with USA Gymnastics and Paralympic Committee for not doing enough to stop Nassar when they reported abuse time and time again.

"Unfortunately we know that that doesn't always happen and sadly this was the case here," said Oretha Harris.

Harris is a licensed clinical mental health counselor at The Child Advocacy Center in Fayetteville and says these types of cases are disturbingly too common.

"Especially when we are looking at people in high-profile cases or in positions as coaches or people that we see as notable such as doctors or things like that. People often don't want to think that it is happening," said Harris.

Every day, Harris helps young people who have experienced trauma and abuse as well as those who have had trouble getting help because people do not believe them. Harris says this time of neglect can lead to more trauma for survivors later.

"I do hope that more people will have the courage to come forward and share their stories and to be true and share what has happened to them," said Harris.