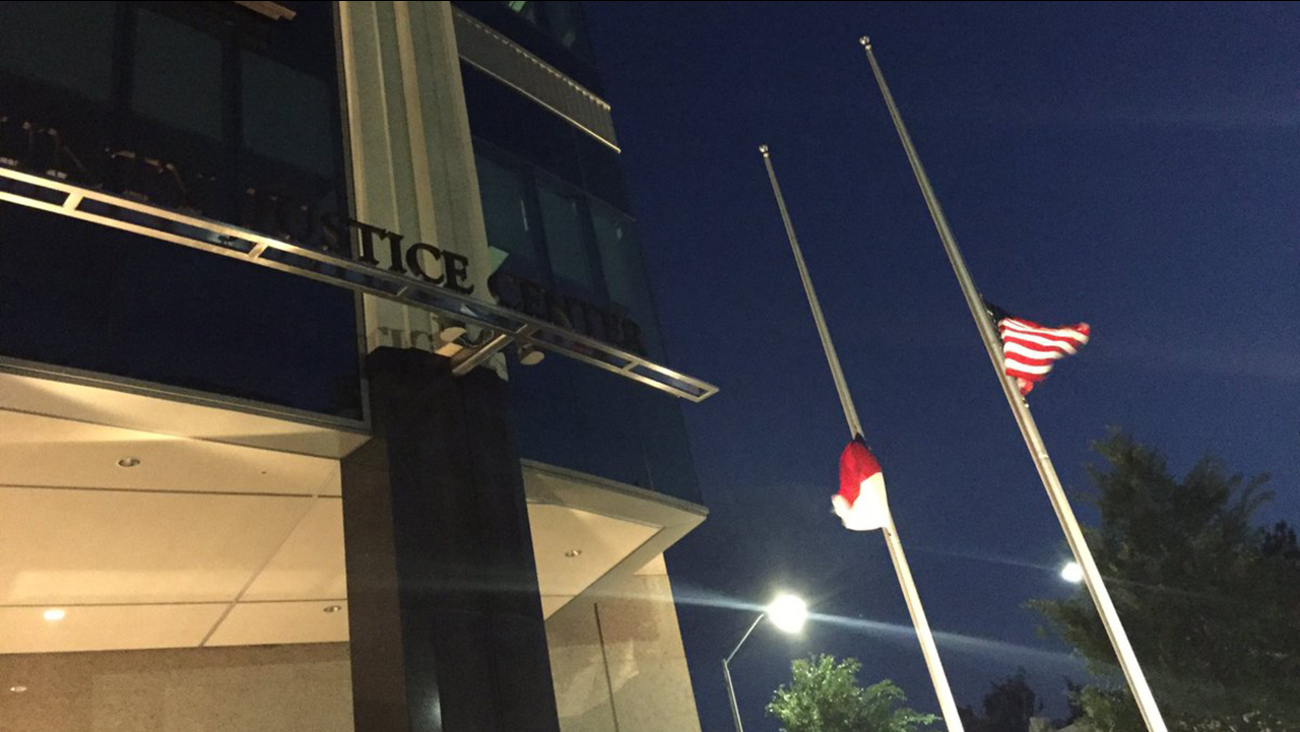 RALEIGH (WTVD) -- North Carolina Gov. Pat McCrory has ordered American and state flags on state property to be lowered to half-staff through sunset on Thursday.

Read more on the shootings.

McCrory on Sunday ordered the flags lowered in the memory of those killed in the Orlando nightclub shootings.

Flags lowered at the the Wake County Justice Center in #Raleigh for #Orlando terror victims. pic.twitter.com/AxuWP5YqXO

McCrory earlier Sunday called the shooting a tragedy that should never happen in America. He says those killed were "innocent victims of an inexcusable act of violence."

"The shooting that occurred in Orlando was a tragedy, and something that should never take place in our country. Those who died were innocent victims of an inexcusable act of violence. My prayers go out to the victims' families as well as to Mayor Buddy Dyer and the City of Orlando as they try to comprehend this tragic event. I have reached out to Florida Governor Rick Scott offering my condolences and any assistance we as a state can provide. My Secretary of Public Safety Frank Perry will take part in a Homeland Security briefing at 12 noon to get more details on the situation and assess what action, if any, North Carolina needs to take."

Attorney General Roy Cooper tweeted his condolences to the victims and their families.

Horrific news out of Orlando this morning. Our thoughts and prayers are with the families and that community.

"My heart goes out to all those affected by the horrendous act of terror in Orlando, and Susan and I join all North Carolinians in keeping the victims and their family members in our thoughts and prayers.

In midst of such a horrific tragedy, we are reminded of the true character of our nation and its people, witnessing the courage and bravery of law enforcement officials and first responders, as well as the generosity of everyday Americans who have already formed long lines to donate blood to help save the lives of victims. The exceptional values and resiliency of America demonstrate why we will never be intimidated by the likes of ISIS terrorists and their cowardly acts of evil."

"My thoughts and prayers are with the victims of this morning's horrific attack in Orlando and their loved ones. Law enforcement authorities are investigating the attack as a terrorist incident, and we should allow the investigation to unfold. I am confident the Federal Bureau of Investigation and its law enforcement partners will be able to present a full picture of the suspect, his motives or inspiration, and his background."