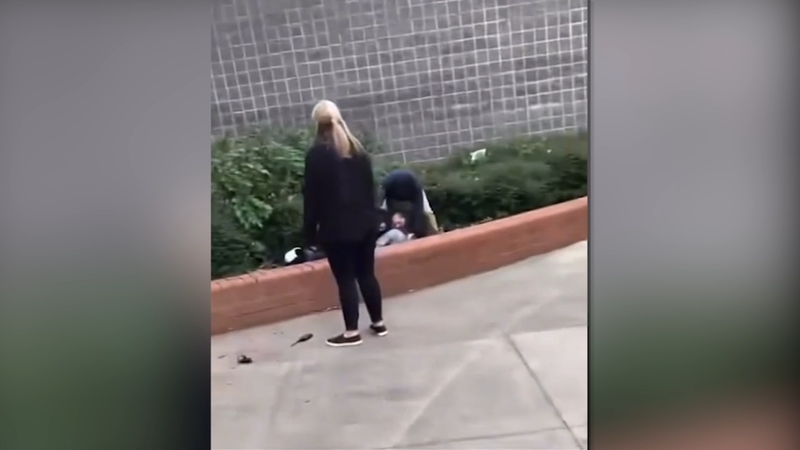 Videos appear to show a staff member restraining a student by placing a knee on the student's neck.

According to school officials, the incident happened during lunch on Tuesday as staffers responded to an altercation between two students.

The school principal said the incident was witnessed by several students, recorded by students on video and captured by the school's security cameras.

Video was shared with the Wake County school district that same evening. That has led to an investigation by Cary Police and Wake School's human resources.