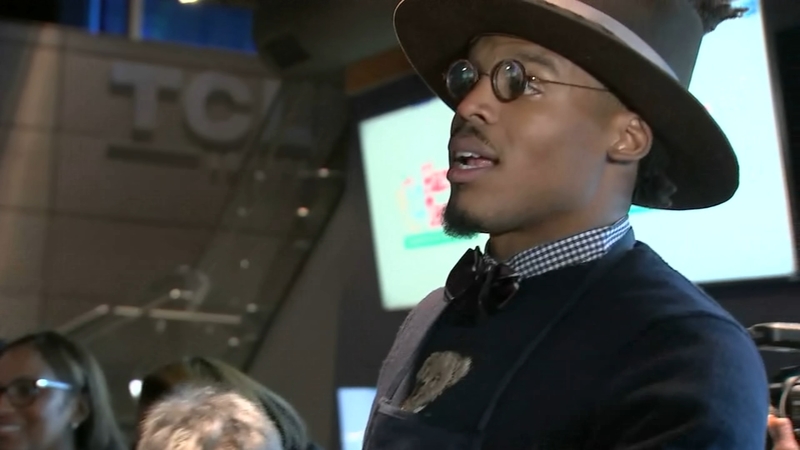 At his best, Cam Newton was unstoppable. That 2015 season was a months-long stretch of athletic genius that we may never see replicated by a Panthers quarterback.

He was less player than phenomenon. The physique, the skills, the incandescent smile. A Super Bowl title seemed all but guaranteed that week leading up in Santa Clara.

It didn't happen, of course, and how could we have known then that his and the team's dismal performance would be a harbinger of the years to come. They seemed set to dominate for years to come with the young core they had in place, all centered on a QB that could do things nobody else could.

The next season opened with a rematch in Denver. Neither team stood out. Instead, it was the multiple unrestrained headshots heaped on Cam that became the talking point.

As much as defenses struggled to contain Cam, referees seemed reluctant or unable to protect him. I remember watching from the sidelines as he stayed down after one particularly vicious hit and in the postgame he still seemed a bit glassy.

The succeeding years became a blur of injury and underachievement. It seemed the Panthers could never assemble enough weapons around Newton and he could never stay healthy. The most potent player in the NFL was slowly being reduced to regular old rubble, another casualty of a league that does that to most everyone.

RELATED | Cam Newton lifts spirits, including his own, with Thanksgiving Jam

Cam's on-field attributes were of course just part of his immense presence in Charlotte and nationwide. TV shows, fashion spreads, endorsement deals and his own media production company all built up around him. He was a walking corporation.

When you're a megawatt personality like Cam, all the attention won't be positive. Many people revered him, many people did not. His verbal flubs were the stuff of legend. He was the archetypal lightning rod, refusing to bend himself to appease anyone. It was impossible not to have an opinion about Cam. That kind of charisma doesn't come around very often.

There is one element about Cam that no one can debate. His charitable commitment to all the communities in which he lived. The Cam Newton Foundation brought immeasurable good to Charlotte and many other cities. He was invested in improving lives.