Paramedic's gut instinct leads to identification of teen found in Raleigh, reported missing in another state 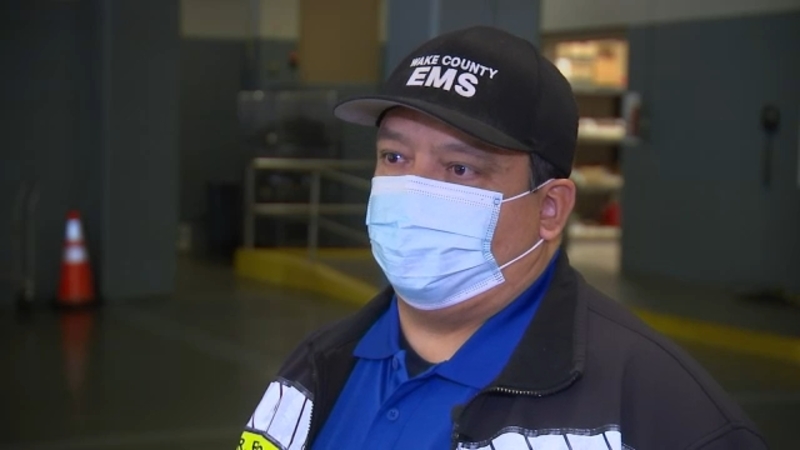 RALEIGH (WTVD) -- On his first call of the day, Wake County paramedic Nick Naylor had a gut feeling.

"It just sent off red flags and it was like, 'no there's something way off about this,'" Naylor said.

Naylor and his partner Rick Reynoso responded to North Raleigh with police.

"They had gotten a call of a young lady walking around," Naylor said.

"I can't say that it was just one thing. It was just really little things piecing together and gut instinct," Reynoso said.

After checking on her medical wellbeing, Reynoso and Naylor took the young girl to the hospital. But they knew their jobs weren't done.

"I began to research a little bit, typed in a google search and I just kind of started going through all the stuff and she popped up," Naylor said.

What popped up was a tweet from a police department in another state. The patient had been reported missing.

"Things just didn't match up as we were talking to her," said Reynoso. "Here she is, eight hours from home with no family nearby. I would've been very worried if it was my kid, and I'd want people to follow up to be sure she was okay."

Because of these paramedics' quick actions, she's now safe.

"At the end of the day it's about being there and making that difference and I give thanks knowing that we saw it through to the end," Naylor said.
Report a correction or typo
Related topics:
raleighheromissing person
Copyright © 2022 WTVD-TV. All Rights Reserved.
TOP STORIES
Zibanejad leads Rangers to 3-1 win over Hurricanes in Game 3
1 person in hospital after a pedestrian was hit crossing I-95
78,000 pounds of infant formula arrives in US
12-year-old girl escapes burning Cary home
Texas woman sought in fatal shooting of pro cyclist: US Marshals
Snorkeler finds $2,000 dentures in Gulf - reunites with owner
'Absolutely terrified' teen boy dies hours after 'sextortion' scam
Show More
AAPI heritage celebration highlights cultures and traditions
Barbershop Buzz helps concerned men share fatherhood advice and tips
Biden pushes economic, security aims as he ends South Korea visit
Fate of 2,500 Ukrainian POWs from steel plant stirs concern
1 person injured in shooting in Fayetteville, police investigating
More TOP STORIES News