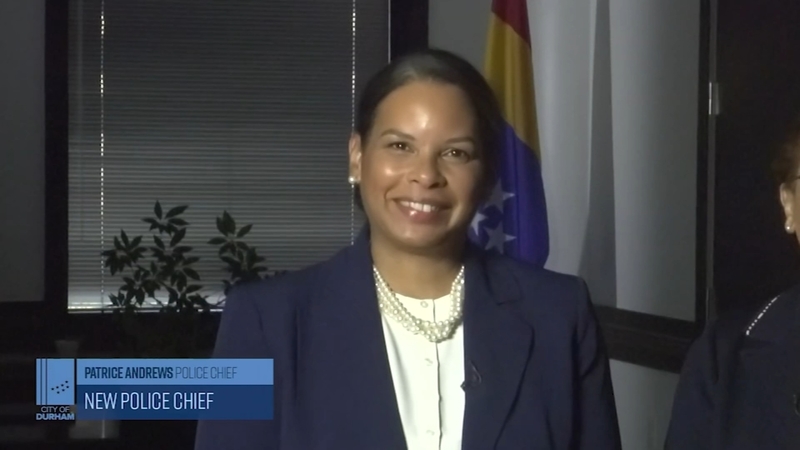 She replaces C.J. Davis, who took the top spot with Memphis Police Department back in June.

Durham city officials said there were four finalists for police chief following the national search, but didn't specify who the other finalists were. Over the summer, the city said it had 29 candidates who met the basic requirements. That number was whittled down after background checks and interviews. Nine diverse members of Durham's community participated in the process, the city said.

Andrews has been the police chief for the Town of Morrisville Police Department since 2016.

She will start in Durham on Nov. 1.

"I am confident that Chief Andrews is the right leader for Durham, where she spent most of her law enforcement career," City Manager Wanda Page said in a statement. "I am happy to welcome her back to Durham, where she also has deep family roots and developed lasting relationships in the community while working and living here."

Andrews started her career with Durham Police Department as a patrol officer in 1997. She advanced to district commander and to captain, where she supervised units within the Criminal Investigation Division, including the Special Victims, Homicide, Domestic Violence, and Fraud units.

She has several challenges again -- including crime numbers and getting safety budgets approved by the city.

Back in 2019, Davis wanted to hire additional officers and bring a gunfire detection device to the city. The city rejected those proposals

But the city rejected those proposals.