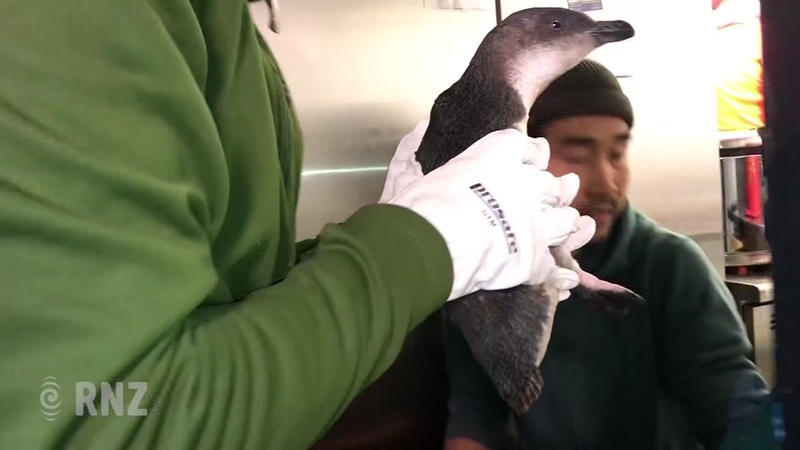 Sushi and penguins -- sounds like the perfect pair, right? Well, the employees of Sushi Bi didn't think so.

They said a pair of little blue penguins made a shelter under the business' food truck, RNZ reported.

On Monday morning, employees called police to have the penguins removed and released at a nearby harbor; however, that only worked for a few hours.

By nightfall, the pair had crossed several busy traffic lanes to go back "home."

The Department of Conservation (DOC) was then called in to help move the persistent penguins. However, experts said the pair would likely return to the site again and again.

"It's a natural characteristic of the penguins - they will always return to where they possibly were nesting," DOC volunteer Mike Rumble told RNZ.

During the summer, penguins are known to pair up and looking for places to lay eggs, even though that process doesn't happen until the winter.

Experts hope the pair stays in their nesting box by the harbor for protection. They said the little blue penguin conservation status is considered to be "at risk" to "declining."