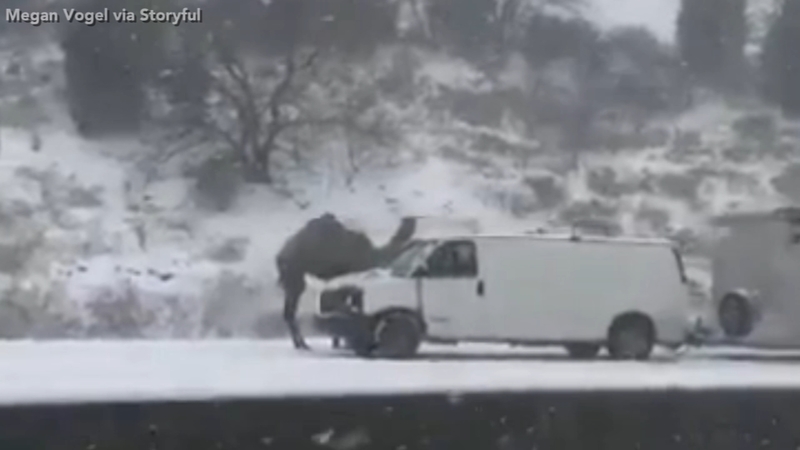 Camel spotted in snowstorm along Route 309

Travelers were faced with quite an unexpected scene amidst the November snow on Thursday.

Video shared to Twitter by Megan Vogel shows a camel standing in the snow along Route 309 in the Philadelphia area.

Others on social media also reported seeing the camel while in their travels.

The warm-weather mammal named Einstein was actually headed to an event in Center City when his transport got stuck.