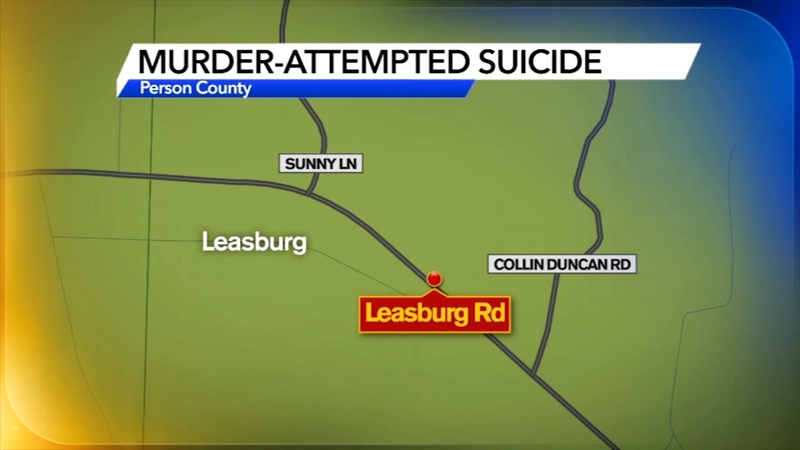 Person County deputies were called to a house in the 9300 block of Leesburg Road around 7 p.m. Monday.

The sheriff said Jerry Duncan shot his wife, Gertie, then shot himself.

The sheriff said both were in declining health. He added that Jerry called 911 to report he had shot his wife and was going to kill himself.

Jerry Duncan was taken to Duke Medical Center. His condition was not immediately known.