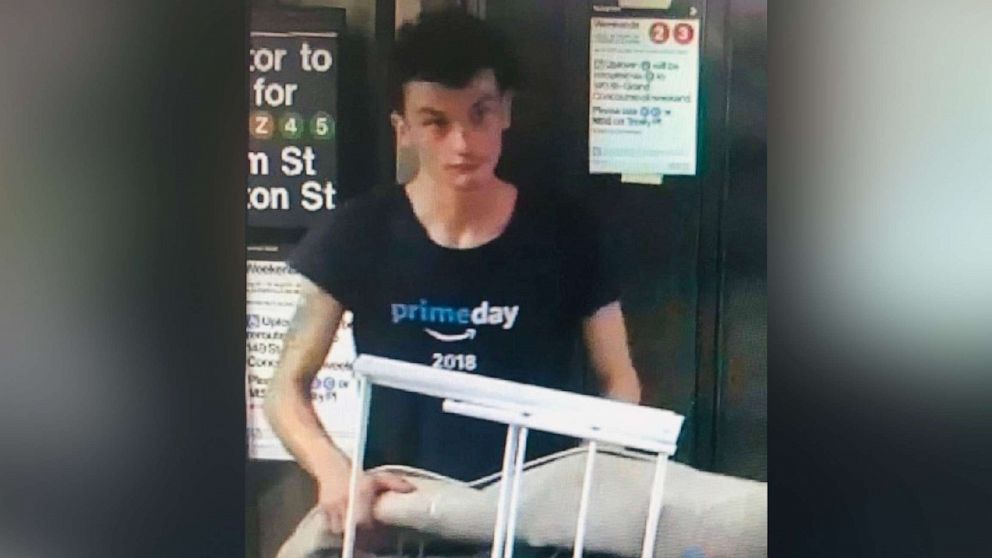 ABCNews
By AARON KATERSKY
A suspect taken into custody early Saturday in relation to the abandoned rice cookers that caused a bomb scare in New York City has been charged, police said.

The 26-year-old has been charged with three counts of placing a false bomb for the scare that caused havoc on the New York City subway system during the Friday morning commute.

The bomb scare was set off Friday when a subway passenger approached two NYPD counterterrorism officers to alert them about suspicious packages at the Fulton Street subway station in lower Manhattan. The items turned out to be rice cookers.

A third suspicious package was reported near a trash can at West 16th Street and 7th Avenue, also in Manhattan, police said.

The NYPD's bomb squad responded to both locations and deemed the cookers safe. Officials investigated whether the incidents were related.

Later in the day, police identified Griffin as a person of interest and released a picture they say was him.

Relatives of Griffin told police he contacted them and knows officers want to interview him, the source told ABC News. Griffin told them he didn't know what to do, the relatives told police, according to the source.

Griffin told family members he found the three rice cookers in front of an Asian restaurant, relatives told police, and only took them because he collects items he finds on the street, the source added.

Police found Griffin in the Bronx in the predawn hours of Saturday after responding to a 911 call about two people possibly overdosing, the source said. EMS responded, and Griffin was rushed to Lincoln Hospital in the Bronx.

Cellphone video obtained by ABC News appears to show Griffin slumped over in a wheelchair as emergency responders transported him.

The NYPD Chief of Detectives Dermot Shea tweeted that Griffin has been apprehended and that the investigation continues.

Griffin was treated medically before authorities interviewed him about the rice cookers.

Meanwhile, the Logan County's Sheriff's Office in West Virginia, where Griffin has family, posted on Facebook that officers there helped contact the relatives after the FBI Joint Task Force in New York City contacted them. They had hoped to find a location in the New York City area where police could find Griffin, but the relatives didn't know.

Griffin has told them that he lives on the streets in New York, the source told ABC News.

The Logan County Sheriff's Office posted that Griffin has been arrested there at least three times in the past eight years for charges ranging from drugs to weapons to "obscene material to seduce a minor." He was indicted by the Logan County Sheriff's Department in 2017 for the latter charge, though it was not immediately clear if it resulted in a conviction.

The sheriff's office added that there was a warrant out for Griffin's arrest, which was issued in March, stemming from his alleged failure to report for missing drug screens as part of a pre-trial bond supervision.