UNC professor to launch into space on next Blue Origin flight 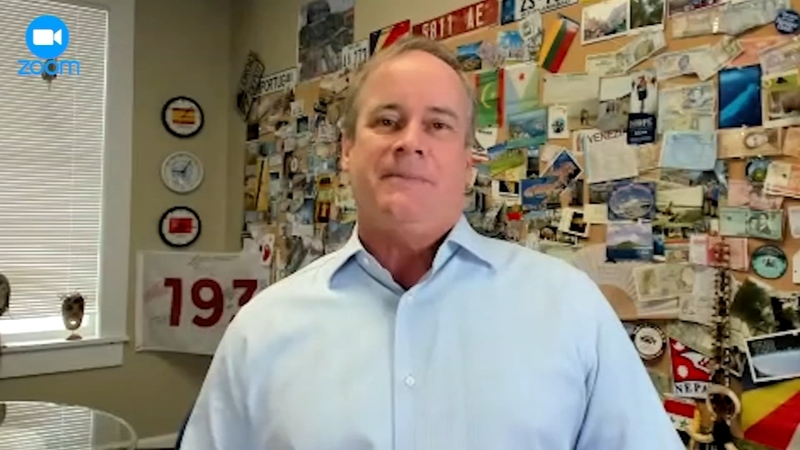 UNC professor will go to space on next Blue Origin flight

Jim Kitchen teaches entrepreneurship at UNC's Kenan-Flagler Business School. According to our newsgathering partners at the News & Observer, Kitchen has traveled to all 193 United Nations-recognized countries, but now he'll get to see them from a very exclusive vantage point.

Kitchen's flight will be Blue Origin's fourth crewed flight to space and the first of 2022.

Having traveled around the globe, it’s going to be very special to see it from space. I am truly honored and beyond thrilled for the #NewShepard mission with @blueorigin on March 23! 🚀 #NC20 pic.twitter.com/y7Hy33puWk

"I've wanted to do this since I was a little kid," Kitchen said in a video posted to his Twitter. "It's been a lifelong dream. I'm so happy to be able to do this."

Kitchen will be in the spaceship with five other astronauts, including CEO and investor Marty Allen, Sharon Hagle, Marc Hagle, and former NASA manager George Nield. Marc Hagle is CEO of the commercial and residential property company Tricor International. His wife, Sharon, founded SpaceKids Global, a nonprofit aimed at inspiring children about spaceflight.

"SNL" star Pete Davidson was scheduled to be on the flight, but when the launch date changed from March 23 to March 29, Davidson was no longer able to participate. His replacement has not yet been named.

To get continuing updates on Kitchen's preparations for the flight, follow him on his social media pages for updates.

It's unclear how much Kitchen's ticket on the spacecraft cost. Blue Origin does not want the astronauts disclosing the price. However, Kitchen said the opportunity to go to space was ultimately priceless to him.

After years of quiet development, Blue Origin's space tourism rocket made its crewed launch debut last year with Bezos, flying alongside a heroine of the space community, Wally Funk, his brother Mark Bezos and a paying customer.

Since then, Blue Origin has been making headlines for flying other well-known names on two subsequent flights, including Star Trek star William Shatner and Good Morning America host Michael Strahan.

Blue Origin flights give passengers a few minutes of weightlessness above the Earth's surface before the capsule parachutes and lands in the West Texas desert.