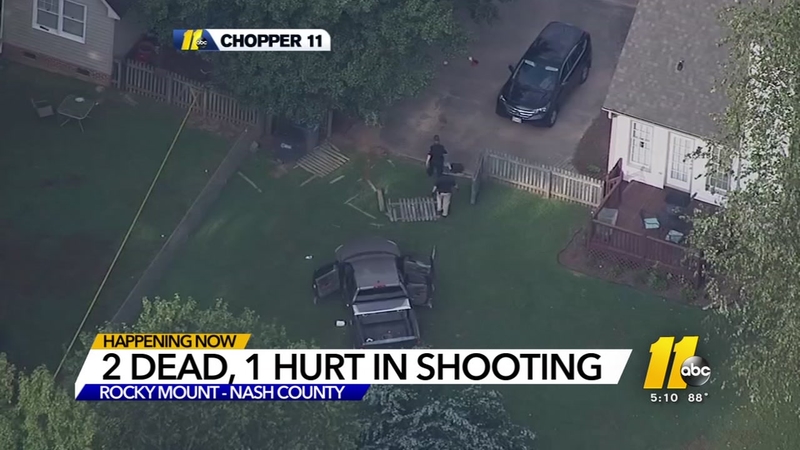 ROCKY MOUNT, N.C. (WTVD) -- Police have identified two men who were shot and killed at a home in Rocky Mount on Tuesday morning. A third man remains hospitalized.

Mustafa Yousef Shabaneh, 33, lived in the home in the 1900 block of Forest Wood Road where the shooting took place just before 6:30 a.m.

Police say they got to the home to find Shabaneh and two other men inside his pickup. All of them had been shot.

Chopper 11 HD was overhead as police were investigating in Shabaneh's neighbor's backyard.

That's where the pickup had blown through the fence at the end of the driveway and knocked down a large tree.

It's unclear who fired the shots and where exactly the shooting happened.

Police say Shabaneh was already dead by the time they got to the scene.

Another man, Anthony Ryan Hilliard, 30, died at Vidant Hospital in Greenville as a result of his injuries.

Police say they have leads but no suspects at this time.

They haven't released a potential motive but say this was not a random act of violence.

"It's bizarre, but there's always underlying factors anytime you deal with a situation or a case like this," said Cpl. Brad Summerlin. "There's more to the story. And definitely, our homicide unit's going to get on it and figure out and hopefully get some information and some leads in this case and be able to bring this case to a closure."