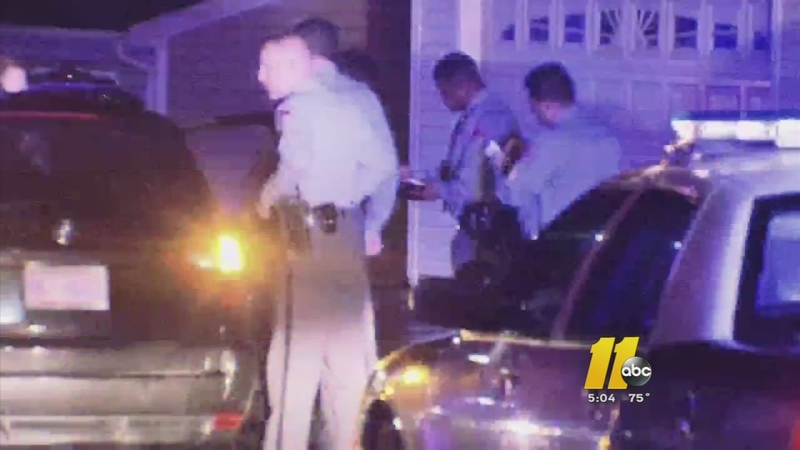 RALEIGH (WTVD) -- Raleigh police have made an arrest in a shooting Wednesday night in the 2800 block of Filbert Street that left a woman dead and her boyfriend wounded.

Officers responded to a call of shots fired in the Farmington Woods neighborhood around 9:45 p.m., which is close to Southeast Raleigh Magnet High School.

When they got there, 18-year-old Kari Onyea Watson was declared dead at the scene. A second person - 18-year-old Dre'kwon Bagley - was taken to WakeMed with non-life-threatening injuries.

Thursday afternoon, the Raleigh Police Department announced 21-year-old Xavier JaQuan Sanders is charged with murder and assault with a deadly weapon with intent to kill. A motive was not given, but police said the shooting was not a random act.

Watson was attending college in Winston-Salem and was visiting Raleigh to be with her family for the holidays.

Witnesses reported hearing shots and then a car speeding away.

Some of her former classmates are offering their condolences on social media. One person tweeted, "To my Bulldog Family, we will get through this together. We lost a friend who no one can replace and a friend we will never forget."

"I could only imagine the pain that her mom's going through," said Thompson. "I feel like all of us are taking a big loss as a friend or even just a beautiful person on earth."

Anyone with information in the case is asked to call Raleigh CrimeStoppers at (919) 834-HELP or visit raleighcrimestoppers.org for text and email reporting options. CrimeStoppers pays cash rewards for anonymous tips that help solve cases.