Clinton, not Trump, has the most 'faithless electors' 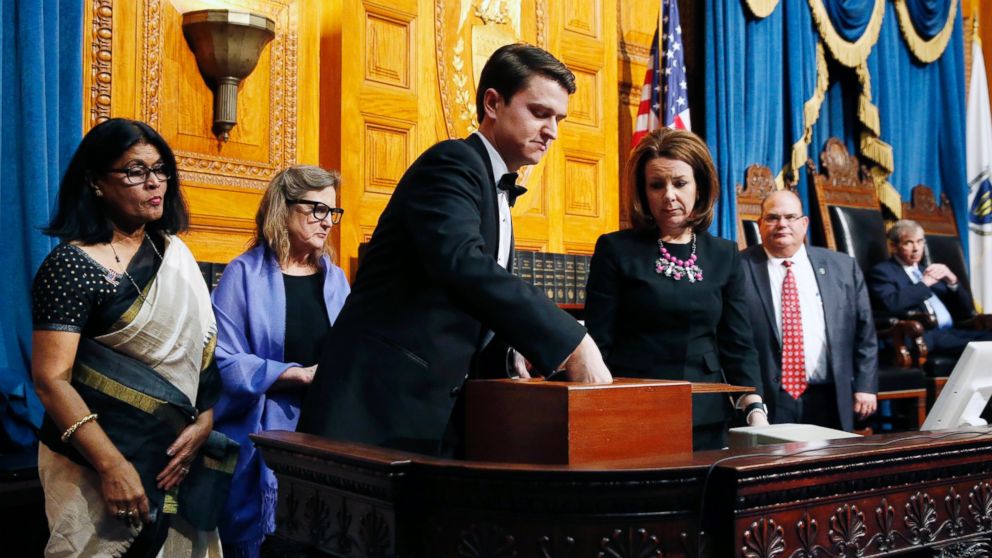 Donald Trump surpassed 270 Electoral College votes this afternoon, meaning that he has the required number of votes to be elected president.

The milestone came when electors in Texas cast their votes.

That may not be much of a surprise, but this might: There were 10 electors who did not cast ballots for the candidate they were expected to vote for, but contrary to some of the speculation swirling in political circles since the Nov. 8 election, it wasn't Trump who suffered the most from so-called "faithless electors" -- it was Hillary Clinton.

Eight who were supposed to vote for Hillary Clinton voted for other candidates. Only two electors deserted Trump.

Four of the electors who were set to vote for Clinton were in Washington state. Three of them voted for former Secretary of State Colin Powell, and the fourth voted for Native American tribal leader Faith Spotted Eagle, according to the Washington secretary of state.

Unlike other faithless electors in Maine, Minnesota and Colorado, which each had an elector try to switch his or her vote from Clinton, the four rogue electors in Washington were able to change their votes. Washington has a law that states that electors will be fined "up to $1,000" for switching their vote against the popular vote result.

In Hawaii, an elector also switched his or her vote from Clinton to Vermont Sen. Bernie Sanders. Like in Washington, electors in Hawaii are able to change their vote, according to the state's elections office. There is no penalty for rogue electors in Hawaii.

The two electors who did not cast their votes for Trump as planned were in Texas; one of those votes went to Kentucky Sen. Rand Paul, and the other went to Ohio Gov. John Kasich, both of whom lost their Republican nomination bids in the party's primaries.

The final tallies are Clinton at 227 electoral votes and Trump at 304.

The change in vote tallies came as the country's 538 electors met Monday to cast their votes in the last step of the presidential election. But what is usually a formality took on new significance this year with Trump election and calls for electors to defect.

In a statement, Trump thanked the American people for "their overwhelming vote to elect me as their next president of the United States."

We did it! Thank you to all of my great supporters, we just officially won the election (despite all of the distorted and inaccurate media).

"The official votes cast by the Electoral College exceeded the 270 required to secure the presidency by a very large margin, far greater than ever anticipated by the media," he said. "This election represents a movement that millions of hardworking men and women all across the country stood behind and made possible. With this historic step, we can look forward to the bright future ahead. I will work hard to unite our country and be the president of all Americans. Together, we will make America great again."

In the past six weeks, left-leaning groups have called for electors to break rules that require them to cast ballots reflecting their state's popular vote, a move that would make them faithless electors.

Electors are not bound by the Constitution or federal law to vote according to their state's popular vote. Thirty states have laws that require electors to do so, but those laws have not been fully scrutinized by the courts, according to the National Conference of State Legislatures.

Activist Michael Moore offered to pay the fines of Republican electors who choose to break with their state's vote.

One of the biggest concerns among some electors is the role of Russian hackers before the election and the potential impact of revelations from the hacked emails.

All but one of the 80 electors who have called for classified briefings on Russia's suspected hacking were pledged to Clinton.

The gap between the result of the popular vote and the Electoral College tally has also left some electors unhappy, with Clinton garnering some 2.8 million votes more than Trump.

Only one elector pledged to Trump - Chris Suprun from Texas - said he wouldn't be voting for Trump today. And one elector from Maine said he planned to vote for Sanders instead of Clinton.

Muhammad Abdurrahman, an elector in Minnesota, was replaced after making it clear that he would not be voting for Clinton even though she won the state. Such a move goes against state laws, the Minnesota secretary of state's office confirmed.

One elector who voted for Clinton is her husband, former President Bill Clinton, who cast his vote in New York.

The Electoral College vote won't be formalized until Jan. 6, when Congress counts the ballots.

And when they do, it will be Clinton, not Trump, who lost ground thanks to faithless electors.