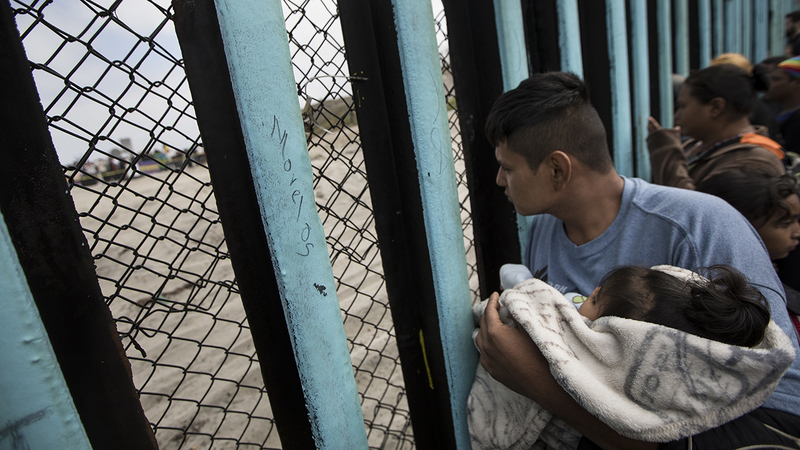 WASHINGTON -- The federal government admitted that it lost track of nearly 1,500 migrant children it was tasked with resettling in 2017.

Steven Wagner, the acting assistant secretary for the Administration for Children and Families, detailed the situation in late-April testimony before the Senate Permanent Subcommittee on Investigations.

In his testimony, Wagner discussed the work of the Office of Refugee Resettlement (ORR), which "helps new populations maximize their potential in the United States by linking them to critical resources that assist them in becoming integrated members of American society," according to its website.

ORR offers "unaccompanied alien children services" for children who are referred to the agency by the Department of Homeland Security. Children are typically in ORR custody for an average of 56 days before the agency releases them into the custody of a sponsor, the vast majority of whom are parents or close family members. Some children, Wagner said, are released to "other-than-close relatives or non-relatives."

Thirty days after a child is released from ORR custody, a case manager contacts the child and sponsor to conduct a welfare check.

"The case manager confirms that the child is still residing with the sponsor, is enrolled in school, is aware of upcoming court dates, and, most importantly, is safe," Wagner said, according to a transcript released by the Department of Health and Human Services. Case managers follow up with appropriate authorities should any concerns arise during that post-release check.

During a three-month period in late 2017, Wagner said, ORR tried to reach 7,635 children and their sponsors. ORR learned that 6,075 children were still with their sponsors, 28 had run away, five had been removed from the country and 52 had relocated to live with somebody else other than the original sponsor.

The agency was "unable to determine with certainty the whereabouts" of 1,475 children it attempted to reach, and it referred nearly 800 cases for further investigation.

On its website, ORR notes that unaccompanied alien children are "especially vulnerable to human trafficking, exploitation and abuse." According to Wagner, though, the Department of Health and Human Services has interpreted federal law such that it has no legal responsibility for children released from its care.

"However, considering the importance of the post-release period, we are taking a fresh look at that question as a matter of both legal interpretation and appropriate policy. Specifically, we are exploring the question of ORR's responsibilities in relation to children who are released to sponsors, and whether the level of responsibility would differ depending on the child's relationship to his or her sponsor," he told the committee.

Wagner admitted that broadening the scope of the agency's responsibility for the children would require a "significant expansion of the current program structure and an increase in resources and possibly additional legal authorities to further clarify ORR's role."

The Senate Permanent Subcommittee on Investigations said after the testimony that federal agencies must assume full responsibility for the care of children, the Associated Press reported in April.

While Wagner's testimony occurred more than a month ago and was reported by the New York Times, the Associated Press and other media outlets at the time, it began to recirculate on social media Saturday as numerous celebrities, politicians and other public figures shared the story with the hashtag #WhereAreTheChildren. Many demanded that the government track down the missing minors.
Report a correction or typo
Related topics:
politicsimmigration reformsocial mediagovernmentu.s. & worldimmigration
Copyright © 2021 WTVD-TV. All Rights Reserved.
TOP STORIES
LATEST: Gov. Cooper to give COVID-19 update at 3 p.m.
J&J says 2nd dose of vaccine after 2 months results in more protection
How to find out if your information was part of a data breach
Powerball drawing yields no winner; lottery jackpot at $490M
NC native who prosecuted Derek Chauvin reflects on case at Duke
NCSU's Keatts helps tailgating fan find lost wedding ring
Show More
'I just want justice': Mother of NCCU shooting victim speaks out
Wake doctor 'optimistic' after Pfizer says vaccine safe for ages 5-11
911 caller claims he saw Brian Laundrie 'slapping' Gabby Petito
Fayetteville homicides up 30% compared to last year, police say
What's next for the NC voter ID law?
More TOP STORIES News