SPLC: NC house candidate believes 'God is a Racist and a White Supremacist' 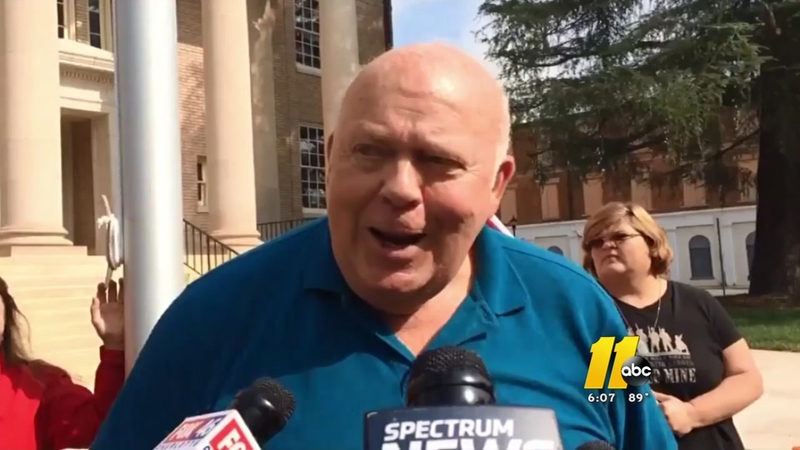 NCGOP pulls support of candidate for his racial views

"Words like this, and language from politicians, even ones who are just running for office, up the ante for people who are racist and unstable," explained Rabbi Eric Solomon with Beth Meyer Synagogue in Raleigh.

Rabbi Solomon is troubled by Walker's rhetoric and overall candidacy and urged people to denounce it.

"We cannot be silent. Being silent means you agree. We need to be clear - hate has no home here in our state," Solomon said.

Unlike other fringe candidates who have made their way onto the ballot across the country, Walker has already won a primary, where he captured nearly two thirds of the vote.

"These views have always been there. But in their willingness to be very open and public in these kinds of views, and trying to move them into the mainstream political discourse," said Dr. Greene.

District 48 will include parts of Hoke, Scotland, and Robeson counties.

Walker cannot be forced off the ballot, though the N.C. GOP has formally withdrawn their support.

Woodhouse said the party was unaware of Walker's views and statements until the past couple days.

However, Walker made public comments using a racial slur last summer during an interview in South Carolina about the Confederate flag, and a street named after civil rights icon Dr. Martin Luther King.

"It would be ludicrous to tell you how they feel...hey I go down the street - and I see Martin Luther C**n... I shouldn't say that. Martin Luther King," said Walker.

The N.C. GOP has asked Walker to step down. Earlier this week, he was kicked out of a Scotland County GOP meeting, and Woodhouse added they plan to file a restraining order against him.

House District 48 is currently represented by Garland E. Pierce, a Democrat, who has served seven consecutive terms dating back to 2005.