Trump issues first direct message in more than a week 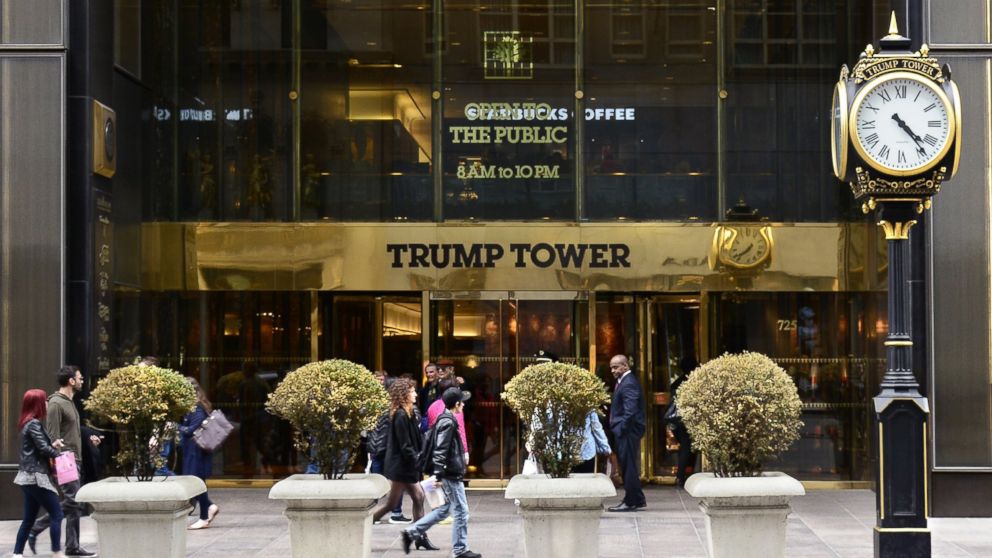 NEW YORK (WTVD) -- President-elect Donald Trump issued his first direct message to the American people in more than a week, aside from Twitter, in a new video released Monday night.

Trump described a plan for his first 100 days, and touched on topics such as trade, energy, national security and immigration.

"Today I would like to provide the American people with an update on the White House transition and our policy plans for the first 100 days. Our transition team is working very smoothly, efficiently and effectively. Truly great and talented men and women, patriots indeed, are being brought in and many will soon be a part of our government," Trump's message began. "Helping us to make America great again. My agenda will be based on a simple core principle - putting America first.

"Whether it's producing steel, building cars or curing disease, I want the next generation of production and innovation to happen right here on our great homeland, America, creating wealth and jobs for American workers," Trump continued.


Speaking on immigration, Trump said he would direct the Department of Labor to "investigate all abuses of visa programs that undercut the American worker."

Also Monday, Trump met in New York with former rivals and longtime allies a day after he indicated he had worked out agreements to fill major posts in his administration.

Trump, after spending the weekend receiving a parade of visitors at his golf course in New Jersey, did the same at Trump Tower. Among his callers: former Texas Gov. Rick Perry, who ran against him in the Republican primary, former Massachusetts Sen. Scott Brown, and Oklahoma Gov. Mary Fallin.

"We've made a couple of deals," Trump told reporters at his Bedminster, New Jersey, golf club on Sunday. He gave assurances that "incredible meetings" would be bringing "incredible people" into the government. "You'll be hearing about them soon."

The president-elect apparently is working to get important Cabinet jobs settled before heading to Florida for Thanksgiving. Aides said Monday he will spend the holiday at his Mar-a-Lago estate. He is expected to fly there either Tuesday or Wednesday, while Vice President-elect Mike Pence will spend Thanksgiving in Mississippi, where his Marine son is stationed.

Trump made a flurry of brief public appearances over the weekend, often with Pence at his side, to flash frequent thumbs-ups and provide quick updates on his progress in building a government. Mitt Romney, the Republican presidential nominee in 2012, was "under active and serious consideration" for secretary of state, Pence said. Trump himself said retired Marine Corps Gen. James Mattis was an "impressive" prospect for defense secretary.

Kellyanne Conway, a senior adviser for the transition, said Monday that the president-elect wanted to hear viewpoints from across the political spectrum, including from "Never Trumpers" who she said "are looking forward to having a say in what happens next."

She also said that Trump would receive a visit from Hawaii Democratic Rep. Tulsi Gabbard, who resigned her post in the Democratic National Committee after endorsing Bernie Sanders over Hillary Clinton.

"Not all of them (his visitors) will be in his Cabinet and his federal government, but they are all incredibly important in offering their points of views, their experience and certainly their vision of the country," Conway said.

Neither Brown, who said he is under consideration for Veterans Affairs secretary, and Fallin, who is being considered to head the Interior Department, said they were offered a post. Gabbard defended crossing party lines to meet with Trump about U.S. involvement in Syria, saying in a statement that "I never have and never will play politics with American and Syrian lives."

The president-elect also met Monday at Trump Tower with several executives and on-air personalities from television networks. He frequently singled out the media - "so dishonest" - for criticism during the campaign, but it's not unusual for presidents to hold off-the-record meetings with journalists when trying to promote policies or programs.

The businessman who is now the president-elect also apparently is considering options to lead the Commerce Department, meeting with billionaire investor Wilbur Ross. "Time will tell," Ross told reporters when asked if he wanted a post.