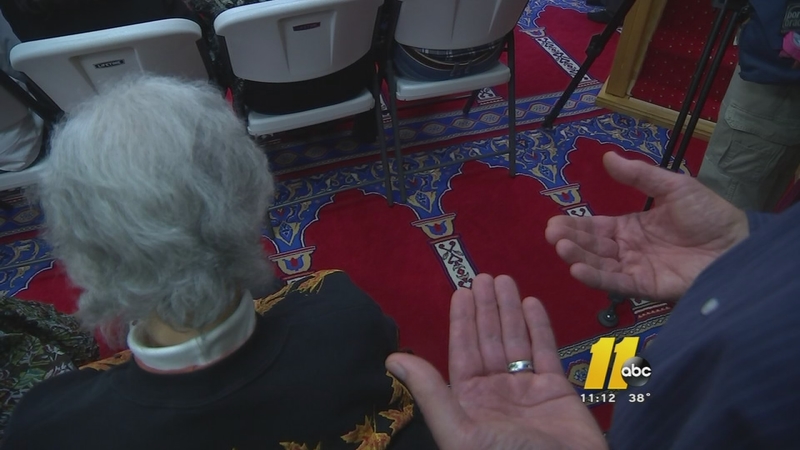 CARY, N.C. (WTVD) -- Naweed Azam was one of dozens of people from various religious and ethnic backgrounds who helped fill the prayer room Sunday night at the Institute of Islamic and Turkish Studies.

Volunteers with the group organized an interfaith prayer for victims of terror attacks, including those who died in the attacks in Paris last week and the recent attack at a hotel in Mali.

For Azam, it was especially important to experience the interfaith prayer with his children.

"Their friends ask them questions like, 'Why are Muslims doing things like that?' So it's important for them to come to things like this so they can see what the response is that other Muslims give and can tell their friends." said Azam

Organizers of the prayer service say they hear the comments and the prejudices they say often accompany the aftermath of a terror attack.

"It's a little bit harder on the kids," said Ekrem Hatip, a volunteer with the institute, "I want to have them well equipped for these kind of comments and have the answers to be able to explain what they believe in and how it differs from what the terrorists commit."

Hatip and fellow organizers hope to drive home the message through the faith community: That terror attacks are not condoned by the Muslim faith.

"All Muslims are not terrorists; we're peaceful people, we're law abiding people, and that part of our faith is to obey the laws of the land in which we live," said Azam.