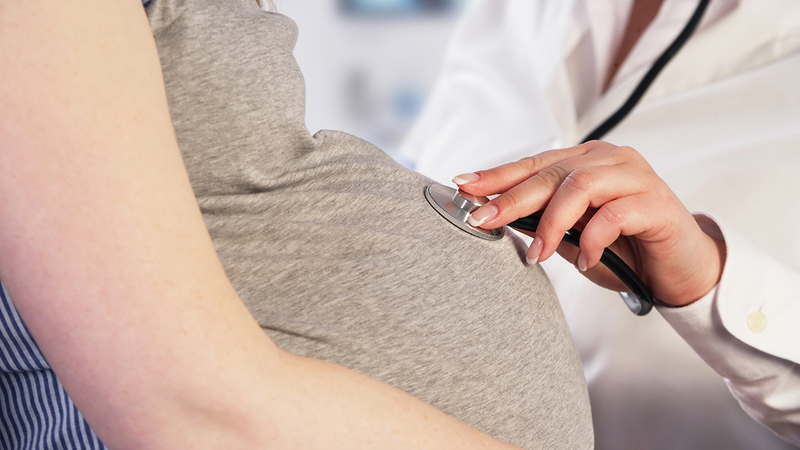 Pregnant healthcare workers on why they got COVID-19 vaccine

CHAPEL HILL, N.C. (WTVD) -- As healthcare providers on the frontlines of the pandemic receive the COVID-19 vaccine, those who are pregnant are facing the decision of whether getting vaccinated is right for them and their unborn child.

"Of course I was hesitant," said Lindsay Yoxheimer, RN, who has been working directly with critically ill COVID-19 positive patients in UNC's Medical Intensive Care Unit since March. "It's a hard decision to make when there's no data."

Yoxheimer is early on in her first trimester with her third child and has had to care for patients who are also expecting.

"Several pregnant women come in that are needing a lot of oxygen, some had to get intubated, and many delivered early because of that," she said.

"I have never felt unsafe at work until COVID," said Yoxheimer.

Yoxheimer, whose daughter has asthma, said the layers of PPE she wears and changes three times during her 12-hour shifts have helped give her a sense of security, but the vaccine is what she was waiting for.

"I wanted to be able to have that extra layer of protection in the back of my mind," she said.

After doing her own research and consulting doctors on her team at UNC, Yoxheimer made the decision to get vaccinated, receiving her first dose of the Pfizer vaccine in mid-December.

"Getting the vaccine gave me a feeling of relief that I haven't felt in a really long time," she said.

"Of course I was hesitant," said Lindsay Yoxheimer, RN, who has been working directly with critically ill, COVID-19 positive patients in UNC's Medical Intensive Care Unit.

Relief also came to Dr. Jesse Hart, a pediatrician in WakeMed's outpatient clinic who also chose to get vaccinated. She's pregnant with her second child, a boy, due in February.

"After receiving the first dose, I had this feeling of euphoria," said Hart. "I was so excited and I just knew at that point it was the right decision for me."

Arriving at that decision, however, was complicated.

In the summer, only a couple of weeks after finding out she was pregnant, Hart said her husband contracted the virus. She and their toddler isolated from him for nearly two weeks.

She said he suffered only mild symptoms, and she later tested positive for COVID-19 antibodies.

Still, when she learned she was in line to get a vaccine, she hesitated, thinking she might wait to get it until after delivering their baby.

"When I was making the decision about whether or not to get the vaccine right away I tried to lean on the 'oh, I'm delivering so soon,'" she said. "But the fact of the matter is, things are just too dangerous right now with COVID to have waited."

She too, after doing her research and asking her provider for an opinion, decided to get the Pfizer vaccine and said she's hoping to get her second dose before delivery.

"I want to be able to hopefully pass some of my protection onto our baby," she said.

Forced to straddle that line of provider and patient, these women on the frontlines of the pandemic said they made the personal decision they felt was right for them, their families, and their patients.