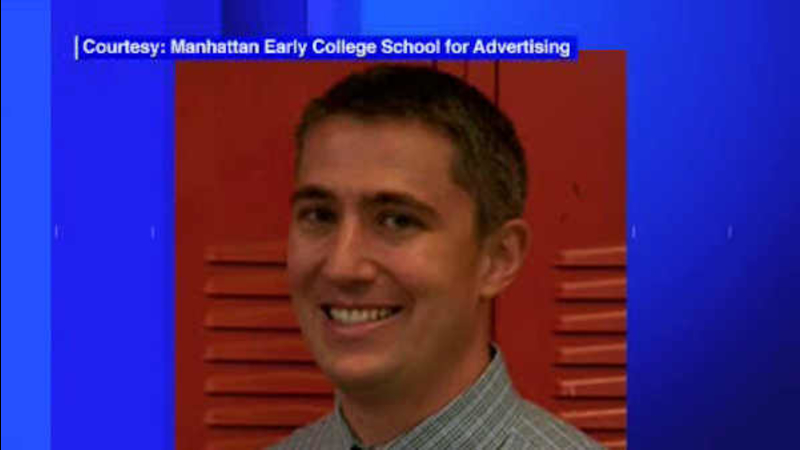 LOWER MANHATTAN -- A student is accused of beating a principal inside a Manhattan high school.

Matthew Tossman was attacked after he told a teenager to remove his headphones.

School officials and police are not saying a lot about the vicious beating that left Tossman with injuries, ABC7 has learned.

"The student was arrested and that is a message in itself and of course I'm upset," said New York City Schools Chancellor Carmen Farina.

A schools spokesperson initially said: "The NYPD immediately responded to a concerning incident that took place at Manhattan Early College School For Advertising. The safety and security of students and staff is our top priority, and we are looking into it."

ABC7 has learned that Tossman had asked Penzo to remove the headphones and turn down loud music.

When Tossman tried to remove the headphones, Penzo allegedly struck the principal and then continued to beat him.

"He is recovering at home and we are expecting him to make a full recovery," said Farina.

No one answered the bell at Tossman's Brooklyn apartment. According to the webpage for the Early College School for Advertising, Tossman has extensive experience as an educator, first as a high school English teacher.

And he has worked developing improvements in a network of 30 middle and high schools.

As students left school, officials handed out a statement and tried to keep them from talking to reporters.

They would not give us a copy of the statement.

Melvin Rodriguez knows the student who was arrested.

"He was the type of quiet person that would always do his work. He never messed with anybody, always come to class on time," said Rodriguez.

"Luis is quiet. He keeps to himself," said student Ijanae Cavallero. "I expect if you touch someone and break someone's stuff, I mean, that would be a good reaction for me."

But DOE officials defend their actions.