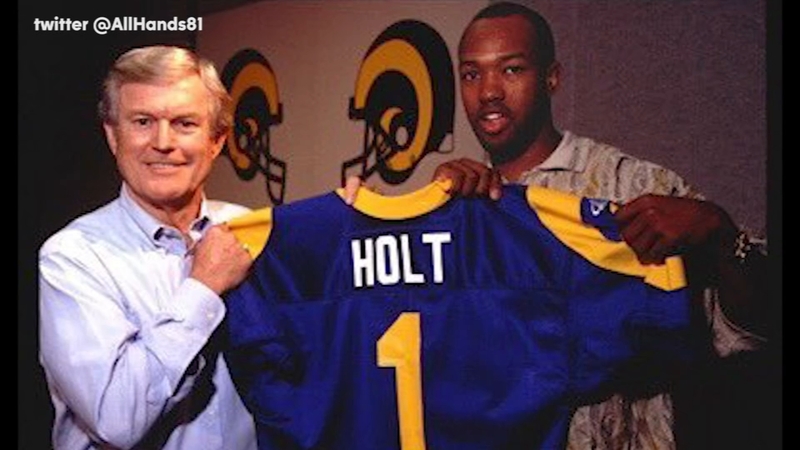 RALEIGH, N.C. (WTVD) -- Torry Holt is an NCSU Wolfpack and Rams legend wide receiver. Holt has been named to the 2022 Induction Class for the North Carolina Sports Hall of Fame and is among 15 Pro Football Hall of Fame finalist for 2022.

"I'm very blessed to be where I am," said Holt. "I try not to take anything or anyone for granted." Holt doesn't take the honors lightly and thanks so many who helped him achieve success on the field and off.

"I often religiously tell people, 'Thank you' for their contributions to my life and to the role that they played in the development as an athlete and now you know post career as a businessman, as a young man period," Holt said.

Holt won a Super Bowl as a wide receiver with the St. Louis Rams and went to seven pro bowls. He led the league in receiving yards twice and was selected to the NFL's All Decade Team of the 2000's.

Before he went pro, Holt set records at NC State earning First Team All American Honors and was ACC Player of the Year in 1998. Despite all the records and awards, Holt remains humble always remembering where he came from.

Holt focuses on giving back as he runs Holt Brothers Construction in Raleigh with his brother, Terrance, and the Holt Brothers Foundation helping children with a parent fighting cancer.

While Holt continues to receive awards and accolades in retirement from sports, he is hoping the third time is a charm as he's been a finalist before. He's hoping he soon gets the call that he will be in the NFL Hall of Fame in 2022.

"So, that is my goal--fingers crossed, praying every single day," Holt said. "But my work is done. And I enjoyed playing football. Played with a great deal of passion, great deal of energy. I enjoy being on my teammates practicing and working and sweating and getting out there every single day. So, I hope that the voters see that--talk about that and will validate me as a Pro Football Hall of Famer this year. This is like the pinnacle of our profession is the Pro Football Hall of Fame. So, if I'm able to do that, that would be that would mean the world to me as well as my family."