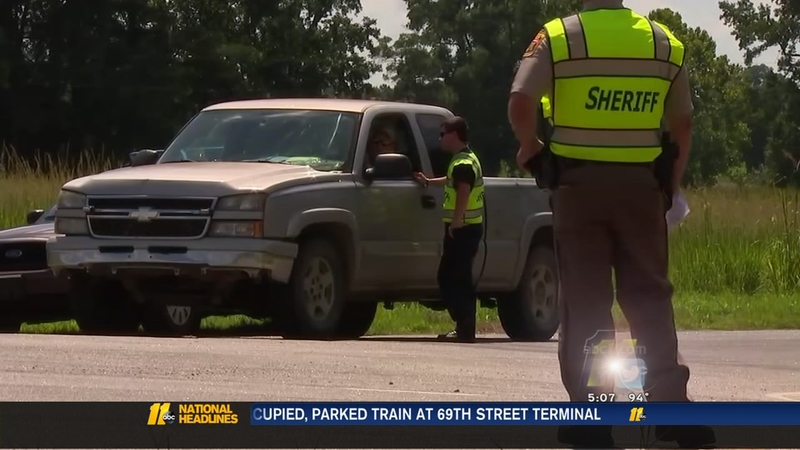 GLENVIEW, North Carolina (WTVD) -- One day after a family member walked into a home to find four people shot dead around the kitchen table, Halifax County Sheriff Wes Tripp said detectives had taken a major turn in their investigation.

No one has been arrested in the murders of the two elderly couples who were known for getting together for Sunday night dinner and a friendly game of canasta.

Tripp said it happened sometime Sunday night into Monday morning at the home of James Harris, 88, and Janice Harris, 72, on Fishing Creek Road in the rural Glenview community near Enfield.

James Whitley, 76, and his wife Peggy Jo, 67, who lived just up Highway 48 from the Harrises, were also found shot to death.

Records show James Harris, who went by Jim, owned J & J Gunsmithing and still ran the business out of their home. Neighbors said he was a Federal Firearms Licensee.

"Jim was known to have a ready gun," said Matt Cousins, a neighbor and friend to the victims.

"They seem to have had prior knowledge of something being in there," he said of the suspect(s) still at large. "I don't think they just drove by and randomly kicked the door in and said hey let's see what's here. They probably had a good idea of what was in there."

Cousins said when Janice didn't show up for work Monday, one of the Harrises' granddaughters went to check on them and discovered the bodies.

On Tuesday, Tripp said search crews who were spotted combing the bed of nearby Fishing Creek were looking for evidence related to the quadruple murder.

The case is personal for Tripp, who was a brother Mason with Whitley.

"Since (Monday), we have taken a major turn in our investigation. But we're still not at liberty right now to discuss that," Tripp said. "Right now, I'm not going to tip my hand to these low-life cowards that committed these crimes."

Tripp urged residents to be aware of their surroundings and report any suspicious activity.