Raleigh firefighters get award for going beyond the call of duty 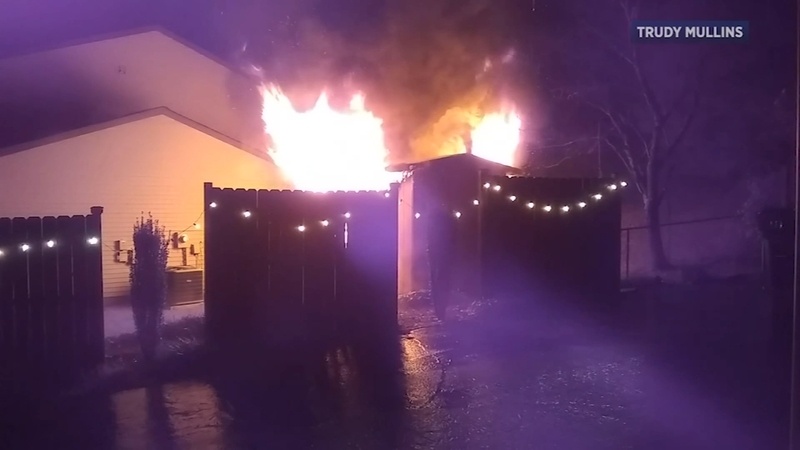 RALEIGH, N.C. (WTVD) -- A pair of Raleigh firefighters went the extra mile to help a woman who lost her most valued possessions in a New Year's Eve fire.

The fast moving flames engulfed a building on the property of Betty Campbell's 76-year-old sister, leaving nothing but charred remnants behind.

Campbell's mobility challenges made climbing the stairs inside her sister's home difficult, and the fire destroyed her alternate arrangement for safe shelter.

"She lived in a shed, and in that fire she lost everything she owned," said Captain Dena Ali of the Raleigh Fire Department. "And just getting to know her for a little bit of time was heartbreaking for me. After leaving that call, I personally just couldn't sleep thinking about her circumstances, her situation, where she's going to sleep, where she's gonna get clothes."

So Captain Ali went on social media with an appeal for help. Within 24 hours, she raised $4,000 in donations to assist Ms. Campbell. Then she contacted Lt. Marcus Horne of Victor Company, a non profit group of minority firefighters.

He stepped up and arranged the installation of a lift chair inside the home of Ms. Campbell's sister, at no cost. Now she can share that home, with access to the upper floor.

Ms. Campbell also received all the money donated as a response to Captain Ali's appeal.

"These are true heroes, and again, this exemplifies the fire service in the state of North Carolina, " said state insurance commissioner Mike Causey during a recognition ceremony Wednesday at Fire Station 11. He gave both firefighters Commissioner's Awards for their exceptional service.

Both firefighters, very modest, downplayed their actions helping Ms. Campbell on the day the shed burned and the days that followed.

"For me, it's just doing the right thing," said Lt. Horne. "I don't think I did anything to exceptional, I think I was just the first one to get to the phone call. I really do appreciate Captain Ali giving me a call, and we just did what we're supposed to do."