WTVD
By Jonah Kaplan
RALEIGH, N.C. (WTVD) -- A deadly shooting spree in the Phoenix area has taken the life of a woman with deep roots in the Triangle.

Veleria Rascoe Sharp, 48, was shot and killed June 1 at a law office where she had been working. Sharp's death, along with five other victims in four separate shootings, is linked to a single suspect who may have been seeking revenge after a bitter divorce, according to the Scottsdale Police Department and the Maricopa County Sheriff's Office. 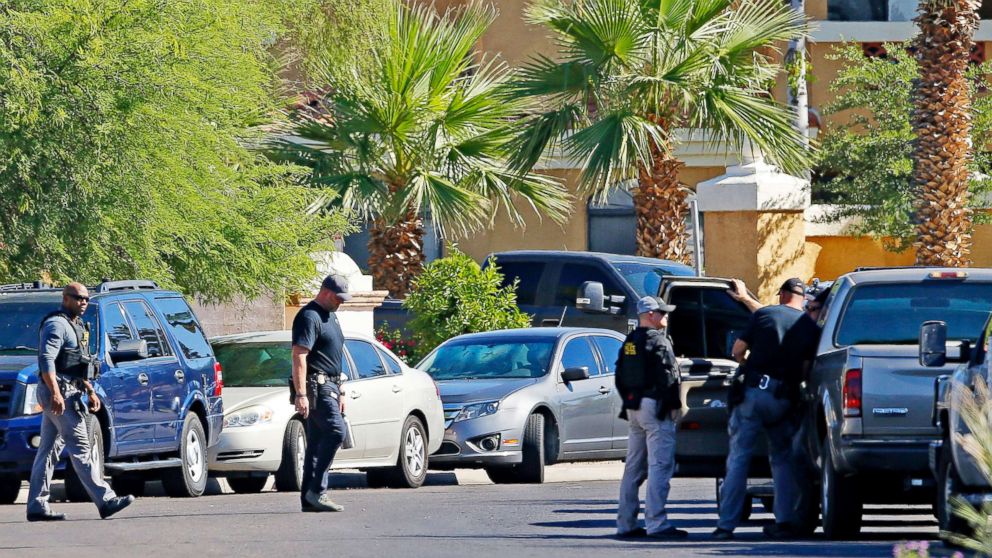 "The last 96 hours reflect one individual's actions that are the worst of humanity," Maricopa County Sheriff Paul Penzone lamented in a news conference.

The gunman, 56-year-old Dwight Lamon Jones, died of an apparent suicide after a standoff with police. Investigators say Sharp worked at the law office which represented Jones' ex-wife; along with Sharp, officers say Jones killed 49-year-old Laura Anderson, another paralegal.

The other victims include noted psychiatrist Dr. Steven Pitt, life coach Martin Levine, and another couple who have not yet been identified.

After meeting her husband online, Sharp moved out west to Portland, Oregon, and then relocated to Arizona, where she earned a job at a prominent law firm. She is survived by two children.

"Veleria was a treasured member of our work family," her colleagues at Burt Feldman Grenier wrote in a statement on the firm's website. "She brought joy, calmness, warmth and compassion to all that she did. She was a dedicated mother, wife and daughter. She and her family shared a deep passion for music and their faith. Our hearts are heavy for their families at this time."

Sharp's LinkedIn page lists other connections to the Triangle, including past positions at the North Carolina Attorney General's Office and NC School Board Association.