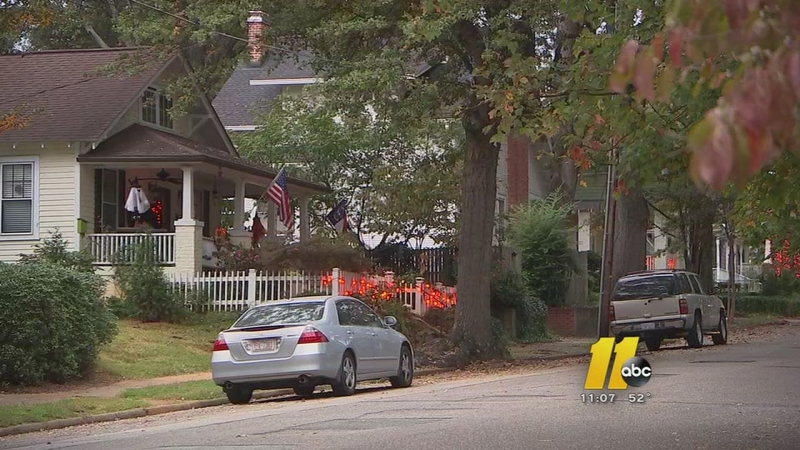 RALEIGH (WTVD) -- One of the Raleigh's earliest neighborhoods got the full attention of city planners Monday in one of several meetings they've had with many neighborhoods across the city.

City representatives have been fielding questions from concerned residents ever since the City of Raleigh announced a plan to rezone 30 percent of the city to accommodate for growth.

"The city has a had a monumental challenge and I think, the way I look at it is that they've been working on this for years and now they're inches from the end zone. They can smell it and they just want to get it done," said Bob Fesmire, the Acting President of Historic Glenwood-Brooklyn Neighborhood Association.

Fesmire moved to the area with his wife six years ago and said he absolutely loves the turn of the century homes.

"It represents a certain time, it was Raleigh's first planned community," said Fesmire.

One of several concerns voiced to city is the potential of losing the older larger homes that have since been converted from single-family homes to multi-unit buildings - buildings that have since kept the same exterior. Residents worry that if they are rezoned for mixed use that a developer could come in and bulldoze the old homes to turn into a commercial property or apartments.

Ken Bowers, the Planning Director for the City of Raleigh, was one of several from the city who attended the Glenwood-Brooklyn neighborhood meeting.

"It's a unique area. It developed at a time when there were no land use controls so it has a very interesting pattern," said Bowers, "At the same time, it also has a very unusual zoning district. It's one of only two area in the city with a zoning designation and we're looking to bring it into zoning that was similar to other neighborhoods of its age."

While the meeting did get a little heated at times, Bowers did get a round of applause when he told the crowd that they do still have a voice and that he does plan to share their concerns with the city council.