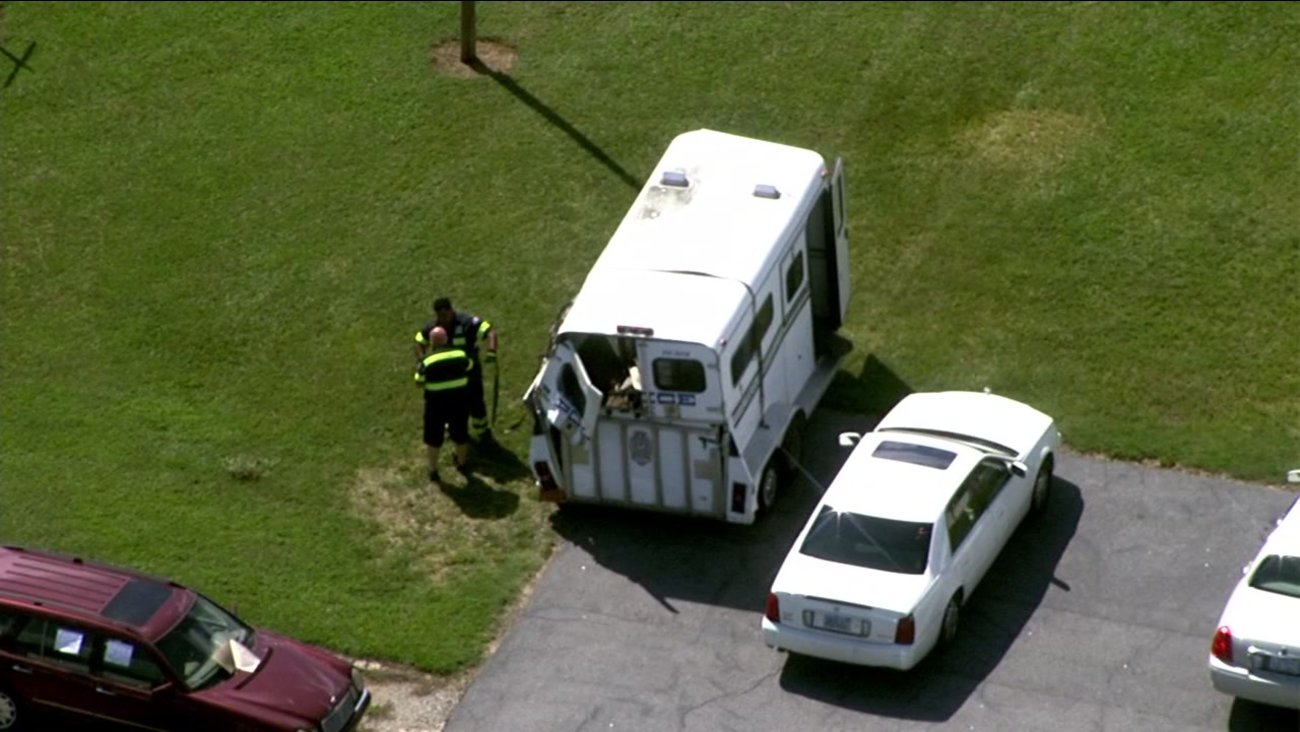 Chopper 11HD was overhead the trailer after the near-collision

RALEIGH (WTVD) -- Two horses from the Raleigh Police Department were injured Friday after the trailer they were in flipped when officers had to avoid a car turning in front of them.

It happened around 2:15 p.m. when a truck being driven by an officer was going south on U.S. 401 while pulling the trailer with the two horses, Ike and Willow. They were being taken back to their stables after being on duty.

Police said as the truck came up to the Ransdell Road intersection, a vehicle going north made a sudden left turn in front of it, forcing the officer to evade. They did not collide and the other driver didn't remain at the scene.

The near-miss caused the horse trailer to flip on its left side, trapping the horses. The officers were not hurt.

A number of people stopped to help them and the horses. One person in a red pickup truck was able to use the vehicle to het the trailer upright, police said. The horses were freed and taken to a veterinarian for treatment.

Police said they are expected to be OK.

The Raleigh Police Department said they appreciate all those who stopped to help.